Andrea Jeremiah is an Indian Film Actress, Singer, Musician, Model and Dancer as well. She works in Tamil and Malayalam film industries.

At first, she wants to become a singer and began her career as playback singer but with some incidence, she appeared in films (mostly in the Tamil language). 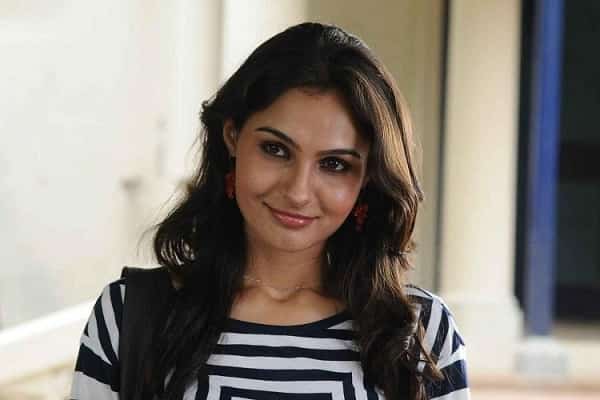 The main source of income for the model is the income that she earns from her concerts and roles played in films and TV shows.

Andrea Jeremiah was born in Chennai, Tamil Nadu in India only and her hometown is Chennai also. She completed her schooling in Chennai. The name of her school was Sacred Heart Matriculation Higher Secondary School, Chennai.

She has not revealed her father’s name but according to reports, her father is Lawyer at Chennai High Court. Mary Jeremiah is her mother and housewife by profession. She has one sibling as a younger sister named Nadia Jeremiah who works as a research assistant in Belgium. Andrea actually completed a degree from Women Christian College, Chennai.

Andrea Jeremiah is unmarried and she was in a Christian family in Arakkonam, Tamil Nadu but after some years moved to Chennai. Before completing her school, her dream was to become a psychiatrist. When she was 8 years old, she learned a classical Piano. She became a part of Jackson Five-style troupe called Young Stars at the age of 10 and this was the turning point of her life and career. She also organized a company named “The Show Must Go On” to promote live art and artists.