Who would not know about Statue of Liberty? If you are a traveler or simply, dreamer who loves to travel the entire world someday, then you surely know what Statue of Liberty is. This is a famous landmark and a masterpiece constructed several years ago in the United States of America, particularly in New York. If you want to know more about this, here are 10 interesting facts that you must know regarding the Statue of Liberty:

#10. The Statue of Liberty is a very significant monument in the entire world, and not only in the United States of America. Yes, you read it right. There are some parts of this stature that represent the world just like its spiky hat. The 7 spikes present on its hat or crown symbolize the 7 world continents and the 7 big oceans.

#9. When we consider the Stature of Liberty as a person, then she is actually French in nationality, not an American. What happens here is that the beautiful and progressive country of France presented such historic and significant statue to the United States of America as a precious gift for a symbol of great friendship.

#8. Now let us talk about the measurements of the Statue of Liberty. This beautiful significant statue is very tall on its more than 90 meters height or 300 feet. This goes to show that it was built with so much time spent. In fact, even its dignified nose alone took time to be made since it is 1.5 meters long or more than 4 feet.

#6. Several makeovers were done in the Statue of Liberty. Well, it is simply because of the fact that it is already standing there for a number of year, around more than 100 years. Because of this, the statue acquires some cracks and some other issues that may lead to a complete destruction of it, which is why it undergoes a series of makeovers.

#4. The Statue of Liberty has copper as the major material used in constructing it. When copper ages, it would still be sturdy enough even though it passes oxidation process over the years. This is the main reason why such material is used in constructing it. At first, such statue has a copper color. But in 1902, it started to acquire patina, causing it to transform into a color of green.

#3. During the planning process, the original project engineer of the Statue of Liberty Viollet-le-Duc, suggested that copper panels should be the main compositions of this statue. These copper panels were heated and these were being formed with the help of a hammer. Even though copper is only a light material, the plan was still pursued.

#2. Originally, the Liberty island where the Statue of Liberty was located, was known to be the Bedloe’s Island. It was part of the group of islands in the United States in which a lot of shellfishes can be found. This is the reason why the Liberty Island is also called The Great Oyster Island.

#1. France was not only the creator of the Statue of Liberty. USA also had a great contribution in constructing it. The base of the statue, or the so-called pedestal was made by the Americans while the statue itself was made by the French people.

These are 10 interesting facts regarding the Statue of Liberty. Truly, this statue is something that must be treasured. 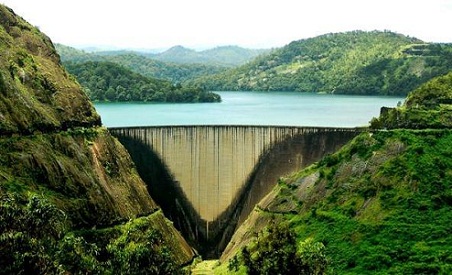