The earth is made of up 25 percent land and 75 percent bodies of water such as seas and oceans. Meaning to say, the land where we are living are nothing when dissolved by the entire bodies of water on earth. Does it surprise you? It does, for sure. Apart from this information, here are 10 interesting facts about sea and oceans that you might still don’t know:

10. Seas and oceans are undeniably the biggest museums the world can offer

9. Under the ocean is where you can see the highest mountain range 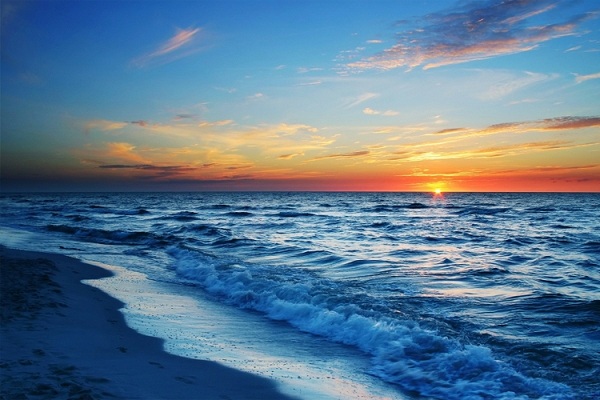 8. 94 percent of the living things on earth resides under the wide ocean

Meaning to say, only 6 percent is living on land, and that includes human beings. Hence, if you are thinking that humans are the main characters of the earth, then you are absolutely wrong. There is a big percentage of life on earth that can be found under the seas.

7. The United States of America is 50 percent water and 50 percent land areas

There are a lot of people in the entire world who are thinking that the United States of America is a very huge country in terms of land area. Yes, it is true, but it needs further explanations and clarifications. It is simply because half of the territories of the United States is made up of oceans and seas.

6. Humans have just explored around 5 percent of the oceans’ premises

This goes to show that the world under the seas and oceans is really big. It will take million years before humans can fully explore every corner of the oceans on earth. In fact, it is so funny to note that people have already explored great percentage of the planet Mars’ premises compared to the oceans that are just literally accessible.

5. A big percentage of the living organisms under the ocean can never be seen through the naked eye

4. Oceans and seas also have their own laws under just like on land

In fact, people find it very hard to explore the deepest portions of the seas since the pressure under may not be handled by the humans. However, by just imagining how the ocean swallowed once the biggest ship on earth that’s the Titanic, you can easily conclude that the world under is really as huge as you can’t imagine.

3. Oceans are homes of innumerable volcanoes compared to lands

If you are wondering why there are hot springs existing in this world, then you should know that these are formed because of the volcanoes that can be found under the oceans. These volcanoes are just the same with land volcanoes that release lava, and this makes the water hot.

1. The biggest living structure in the world is found under the ocean

This huge living structure is The Great Barrier Reef. It has an exact dimension of 1,243 miles. Can you imagine how big this structure is? And believe it or not, this gigantic structure can be seen even when you are on the moon, and this is all because of its size.

These are the 10 interesting facts about sea and oceans. For sure, you are extremely surprised upon knowing these things, aren’t you?