For most people, ATM machines are part and parcel of their lives. At the ATM machine, you can withdraw money, make deposits, and even pay utility bills. It is more than just a money dispensing machine and you might be wondering about why ATM asks for a four digit pin number; how many ATMs machines are available in the world; and what will happen if the ATM machine is robbed. All this and where the world’s highest ATM is located are to be answered in this article.

Let us look at the 10 fascinating facts about ATM machines 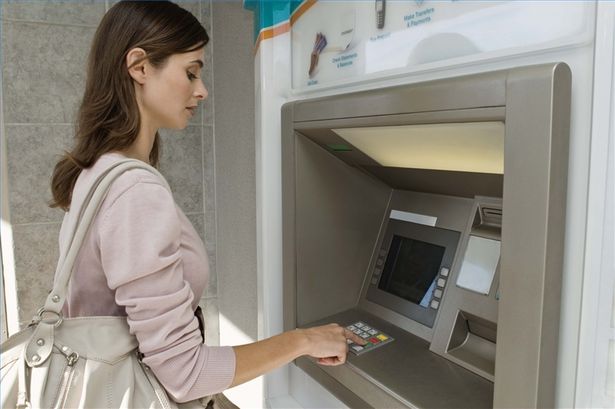 It is found in Antartica. To be exact, the ATMs are two in number and  arefound in the research center of the US McMurdo station. One is a backup and this means, there are at times when only one ATM works.

9. The ATM Located At The Highest Peak

It is located at Nathu-La, and  is the highest ATM counter.  The ATM is operated by the Union Bank of India. It is situated 14,300 feet in Kupup. It was placed there to serve the army personnel along the Sino India border, but it has proven to be a service provider for tourists in the area too.

The first ATM machine was opened by a bank in India, the Hong Kong and  Shanghai Banking Corporation (HSBC). This happened in 1987 in Mumbai, India.

The most important feature of the ATM is the safety of its password. In countries like Brazil, features such as Biometric ATMs are implemented for securing banking transactions.

There are countries where you can operate transactions via ATM without having a bank account. This countries include Brazil where you just walk into an ATM machine and do your transaction.

5. The Day When Cash Withdrawals Are High

I am sure your guess is that, it is on Saturday or Sunday; guess what? You are wrong. The day when withdrawals on ATM machines  skyrockets is Friday when people withdraw cash for use on weekend partying.

4. What Will Happen In Case of An ATM Theft

Some robbers are very daring; apart from robbing money from the ATM, they might be filled with lust to carry the entire ATM machine. And if does happen, the robbers will not go far as the is a chip installed on the ATM and there is also a GPS installed in the machine. If one happens to steal it, it will be very easy to locate the ATM.

Floating ATMs are found in India’s Kerala’s Kochi district. They are owned by the State Bank of India and has been installed in a ferry which is owned by the Kerala shipping and Inland Navigation Corporation (KSINC). The ferry will ply between Vypeen and Emakulam, which are the most densely populated areas in the whole of Asia.

Were you aware that, there are ATMs which not only vent cash but gold too. The first such ATM machine which was gold plated, is located in the lobby of the Emirates Palace hotel which is in Abu Dhabi.  It dispenses 320 items which are made of gold. Currently, there are about 20 gold vending machines which are spread across three continents  with the first one located in the United States America.  The gold ATMs are placed in airports and shopping malls in Kumasi the capital of Ashanti City, State, Austria, Great Britain, Switzerland, and Germany.

Have you ever wondered why you have to insert a 4 digit pin number before accessing your account at an ATM? There is an awesome explanation about it.  It is told that, the inventor of the ATM machines, Shepherd Barron, came up with a 6 digit number in the 1960s. But after consulting with his wife Caroline about it, the wife could only remember 4 out of the 6 digit numbers. The 4 digits became the most commonly used length in many places. But banks in Switzerland and many other countries stuck to the original 6 digit pin.

There are facts like the fact that, different countries call the automated teller machines differently: the USA refers to them as ATM; Australia and Canada refer to them as bank machines or money machines;  the UK and New Zealand refer to them as Cashpoints or Cash Machines. Am sure most of the facts listed above are new to you. You might have known about them until today. Share them with friends and relatives on your social media so that they can be enlightened about some of the fascinating facts about the ATM machines as we know the in our current world.