What is a Forest?

It refers to a large area predominately occupied by a huge number of trees and plantation. These plants usually grow on-their-own and are totally devoid of human touch. It is a home to a number of wild animals and various indigenous species and exotic plants and shrubs. Forests are also referred to as Virgin Vegetation in India. They are purely natural and weather plays an important role in the creation of the vegetation in these parts.

India is an enormous country. This subcontinent has diverse flora and fauna. The assortment and dissemination of natural vegetation is huge and includes areas from world’s highest rainfall to very dry deserts, river deltas to tropical islands,coast line to alpine regions,

The five major types of Forests in India are:

These are also known as Tropical Rain Forests. These forests cover approximately seven percent land of the Earth’s surface and are a home to more than fifty percent of the planet’s plants and animals. The areas these forests occur in usually receive more than 200cm of precipitation and the temperature lies between 59 degrees to 86 degrees Fahrenheit. Usually found in close proximity to the equator, the region remains temperate and soggy through the 365 days in a year. Saplings are so tall that they reach up to 196 feet or above. These forests have multidimensional arrangement because of various kinds of trees, shrubs, animals and creepers. 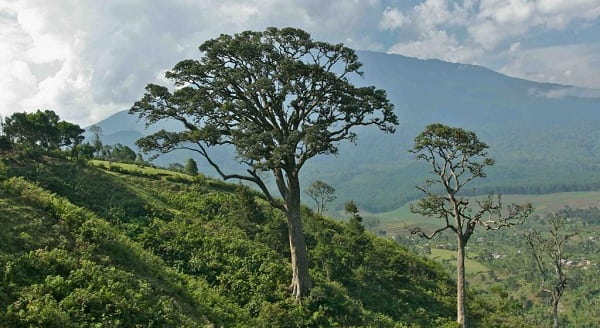 In India, they are largely found in western inclines of the Western Ghats in places like mounts of Jaintia and Khasi and Karnataka and Kerala. Rosewood, Mahogany, Reeds, Ebony and Bamboos are commonly found trees in tropical evergreen forests. Commonly found animals are deer, elephants, lemur and monkeys. One can find the exotic one horned rhinoceros in the tropical forest of West Bengal and Assam.

It is the most extensively found forests in India and is also known as monsoon forests. These regions flourish where the rainfall is between 70cm to 200cm. In summers, the saplings of this vegetation get rid of their leaves for about 2 months. Depending on the rain and water obtainability, there are subdivided into Humid Deciduous and Dry Deciduous forests.

Humid deciduous forest: These lie in areas that receive precipitation from 100cm to 200cm. For example the eastern areas of India – The Seven Sisters, all along the Himalayan range, Chhattisgarh, West Orissa, Jharkhand, and the eastern hills of the Western mountain range. Commercially significant tree species that are found there are Bamboos, sal, kusum, arjun, shisham, sandalwood, khair, mulberry.

Dry Deciduous forest: Found in parts that receives rainfall between 100cm and 70cm. The rainier areas of the flat terrain around the peninsula and Uttar Pradesh and Bihar are the areas where these forests grow in abundance. There are uncluttered expanses of land in which Peepal, Teak, Sal, and Neem cultivate. Also some part of this land has been used for agriculture and grazing. Commonly found animals are lions, tigers, pigs, deer and elephants. A large diversity of birds, tortoise, lizards, snakes are prevalent here.

3. The Thorn and Scrubs Forests

The forests that contains majority of thorny plants and shrubbery and receive rainfall less that 70cm are called the desert type forests or the thorn forests. Usually found in north­western part of India and also inclusive of the partially dry areas of Gujarat, Rajasthan, Chhattisgarh, Haryana, Madhya Pradesh, and Uttar Pradesh. Acacias, euphorbias, palms and cacti are the typically found shrub types. The trees are largely separated and are dispersed. They have lengthy roots piercing deep into the earth so that they get moistness. Leaves are typically solid and tiny to curtail evaporation. The shoots and branches of these trees are succulent to save water.

Montane refers to mountainous. There would always be a transformation in natural flora in hilly and mountain areas as the temperatures falland altitude level rises. A sequence of forest belts in the similar ranking as from the hot to the frozen prairie region. The altitude of 1000 to 2000mts is a home for damp & moderate type of natural vegetation. Trees like chestnut and oaks are predominantly available and these have evergreen and wide leaves.

Coniferous trees like pine, spruce, deodar, cedar and silver fir are predominant in temperate forests in areas between 1500 to 3000mts of height. They generally occupy the southern slopes of the Himalayas and places that have high altitudes in north­east and southern India.

Temperate meadows are quite common in higher elevated areas. So when the height is more than 3600mts above the sea level, Alpine Vegetation comes in being from temperate vegetation and pastures. Trees that are commonly found are birches, Silver fir, junipers and pines. These areas are used comprehensively by nomads like Gujjars for grazing. Lichens and Mosses are a part of this vegetation. Commonly found animals are yak, Kashmir stags, squirrels, wild sheep, spotted dear, jack rabbit, goats with thick hair, Tibetan antelope, snow leopard, bear, sheep and the atypical red panda

These forests which are influenced by sea tides are extensively exist in the coastal areas. These are also known as tidal forests. They develop near bays or the mouths of rivers called estuaries, muddy sidelines of Islands and along the sea coasts. Thick mangrove trees are the most common variety found here and the rootstock of the flora are sunken in the saline water. The alluvial sediment of various rivers like Ganga, the Krishana, the Mahanadi, the Godavari and the Kaveri is densely enclosed by this vegetation growth. The plants are characteristic halophytes which are characterized by presence of underpinning roots with well-developed knees for sustenance and pneumatophores and viviparous germination of seeds. These trees can easily survive in saline or brackish water of the sea. Sundari trees are found in the delta of Ganga Brahmaputra, these trees are known for their durable and hard timber. In some parts of delta, Palm, coconut, agar also bred. The exotic Bengal Tiger is prominent in this vegetation type along with Turtles, crocodiles and snakes. 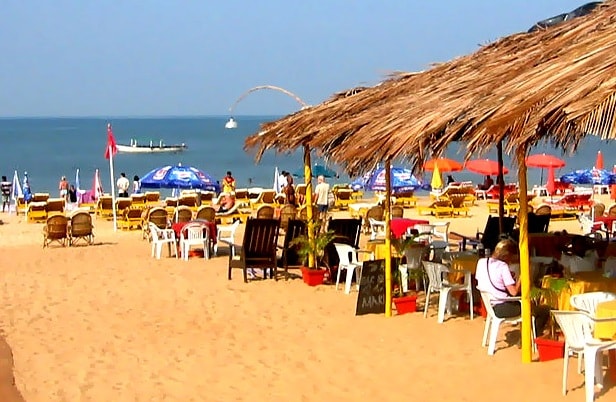