Priyanka Chopra is one of the most talented and beautiful actresses in the Bollywood film industry. She was born on 18th July in the year 1982 at the Jamshedpur city in Bihar. Her father’s name was Captain. Dr. Ashok Chopra and the name of the Priyanka’s mother is Dr. Madhu Chopra. People call her with the nicknames like Sunshine, Piggy Chops, and Mimi.

Media persons call her as PeeCee which is the short form of her name initials.Besides acting in the movies, Priyanka Chopra is also fondof singing. She is a qualified western traditional singer. Till now she has done several movies. So, below we are giving you the list of top ten best movies of Priyanka Chopra of all time: 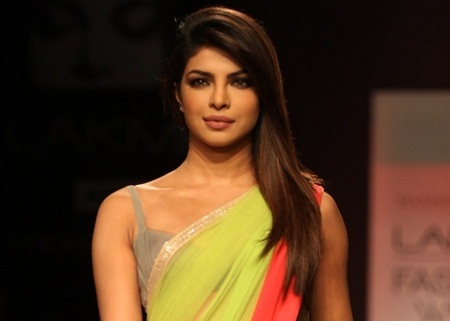 The tenth name in the list is of Dostana which came in the year 2008. Besides Priyanka in the movie, Mr Abhishek Bachchan and Bollywood hunk Mr John Abraham were also in the main lead. This movie was directed by famous Bollywood director Mr Karan Johar. The songs of this movie were hugely super hit. Everybody praises the role played by the Priyanka of a young aspiring fashion designer in the Dostana. Bobby Deol was in the guest appearance in this movie.

Don Movie came in the year 2006 which was a big super hit at that time. The director of this movie was Farhan Akhtar. The king of Bollywood i.e. Shah Rukh Khan was in the main lead of the movie.

The eighth name in this list is the movie Kaminey. This is one more movie of Priyanka that was directed by Mr Vishal Bharadwaj and released in the year 2009. This movie was a super hit. The main actor in the film was Mr Shahid Kapoor who also gave an ultimate performance.

Dil Dhadakne Do was released in the year 2015. This movie was directed by Ms Zoya Akhtar. This amazing movie consists of several bigger names of the Bollywood industry like Priyanka Chopra, Ranveer Singh, Anil Kapoor, Anushka Sharma and Farhan Akhtar. In this movie, Priyanka plays the character of a professionally wealthy woman who got stuck in a failed marriage.

This ultimate Movie of Priyanka Chopra came in the year 2015 which was directed by Mr Sanjay Leela Bhansali. In this periodical drama, she had played the character of Kashibai. The famous actress Deepika Padukone and actor Ranveer Singh were also the part of this movie.

7 Khoon Maaf came in the year 2011 in which Priyanka Chopra plays the role of Susanna Anna-Marie Johannes who went through numerous glitches all over her life. Priyanka played the character of an elderly lone woman. This movie was directed by famous Bollywood director Mr Vishal Bharadwaj. Besides Priyanka in the movie, Mr Irrfan Khan, John Abraham, Naseeruddin Shah, as well as Neil Nitin Mukesh, also acted in the supporting roles.

Aitraaz movie came in the year 2004 at the starting point of the Priyanka’s career. Besides her, Miss Universe Lara Dutta and famous actor of the Bollywood Mr Akshay Kumar also acted in this movie. Priyanka had played gray shade role in this for which she got acclamation from the entire industry.

The third name in the list of best movies of Priyanka Chopra is Mary Kom which was released in the year 2014. In this biopic movie, Priyanka was seen in an athletic avatar. The actress played the titular in the movie which is based on the most celebrated Indian female boxers Mary Kom. She did everything for getting into the skin of the character in the movie. Finally, she excelled as Mary Kom and conveyed expressive and intense scenes in the movie with great easiness.

Fashion is the second movie in the list which came in the year 2008. It comprises of one of the most superior performances of Priyanka. This movieis a gigantic milestone in her entire career. Priyanka also obtained the National Award for her character of an egotistical model for this movie.The name of the director of the movie is  Madhur Bhandarkar who is renowned for making films on the unusual subjects. Besides Priyanka, Kangana Ranaut also did a marvelous job as the supporting actress in this film.

The top name in the list is of barfi movie. Priyanka gave the delightful performance and wonderful depiction of an autistic female in Barfi. This movie was released in the year 2012. The movie got appreciation from all over the world. Besides, Priyanka, the main actor in the movie was Mr Ranbir Kapoor. Barfi was directed by the famous director Mr Anurag Basu who received a lot of awards and accolades for this movie.