Top 10 Most Famous Caves In The World

The world is known for many wonders – most especially in the field of geology. From high mountain ranges, to underwater volcanoes, to wide expanse of deserts and tropical rain forests, it is undeniable that the world has a lot to offer when it comes to natural beauty. Apart from these natural wonders, caves are also very popular among locals and tourists alike. These caves represent not only the beauty of nature at its finest but also history and unique flora and fauna. Spelunking, or caving in layman’s terms, is one of the most lucrative tourist draws for many countries all over the world – with the beauty of staring at natural formations of stalactites and stalagmites attracting people from all walks of life to come and explore.

This list dishes to you the top 10 most famous caves around the world. So, how many of these caves were you able to visit already? 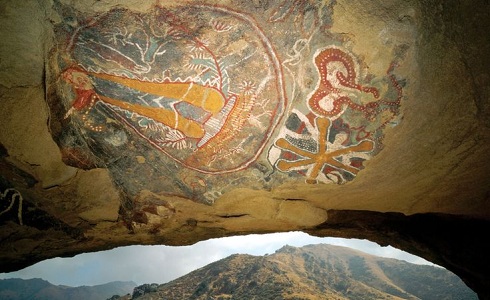 This cave is not painted at all. However, the combination of rock colors, algae, grass, and direct sunlight have enabled the cave to display a multitude of colors that are enchanting as they are utterly fantastic. Located at Santa Cruz Island off the coast of California, visitors flock here just to be able to take a picture of this magical cave up close.

This cave is located in Staffa island in the Inner Hebrides and was formed thru ancient volcanic activity and the movement of the waves of the ocean. The cave is not only picturesque, but truly offers a unique experience for the visitor. The beauty of the cave formations and the sound of the waves of the sea are just pure magic.

This cave is one of the most majestic that one can ever find and visit in the United States and the people of Texas are very proud of it. The crystalline formations are just simply fantastic to look at as your imagination conjures different images when one looks at the formations. Sadly, past visitors have vandalized the cave.

The Cave of Swallows is formed by the accumulation of limestone and other geological events which took many, many years. It is also used for BASE camping and even bungee jumping, as the cave is said to be as large and as tall as a skyscraper. It also has the largest cave shaft in the world.

They say that a trip in these caves is just pure bliss and a truly unforgettable experience. The cave is home to the luminescent worm caves that attract their prey by being luminescent. A point of caution for the visitor is that the cave can smell a little off at time because of the gooey that these worms secrete.

This beautiful cave is located in Navajo, Arizona and was formed from the erosion of sandstone. This cave is appreciated for the smooth surface and the colorful formations inside. It is divided between the Upper Canyon, where the smooth walls are located, and the Lower Canyon, where colorful arches may be seen and admired.

These caves are located in Patagonia – a territory that borders Chile and Argentina. The caves are just majestic in its multitude of colors and surfaces. Very few people can claim that there are other caves in South America that are as beautiful as these.

The small country of Portugal is largely open to the sea. This is why the Caves of Algarve also stand by the beach and offers a wide array of colors from brown sand, to blue waters, to yellow orange hues coming from direct sunlight. It is a top romantic draw when one visits the Portuguese countryside. 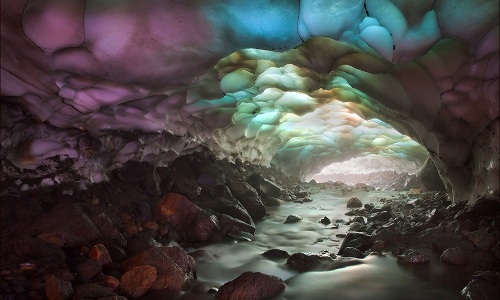 This cave is located near Mutnovsky Volcano and is admired for the sheer complexity of rock formations inside as they take on various shapes, hues, and luminescence. It is a perfect place for pictures! 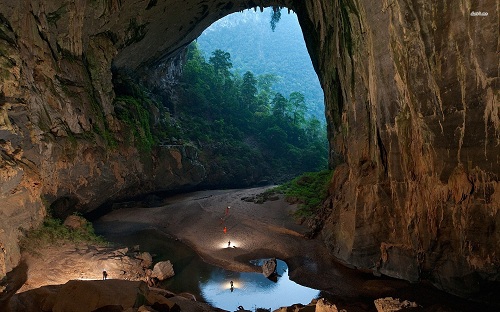 This cave is by far the best of the lot in mainland Southeast Asia and one of the best in the world! Admired for its formations, history, and natural beauty, this cave is one of the landmarks of the revitalized Vietnamese tourism industry. It has to be seen to be believed!