Rivers are an essential to life. They actually occupy a very special place in world history. This is because rivers served as the birthplace of the world’s major ancient civilizations. Mesopotamia was birthed because of the Tigris and Euphrates. Indian civilization was born from the Brahmaputra and Ganges rivers. On the other hand, Chinese heritage was largely stimulated by the riverine civilizations of the Huang Ho and Huang He rivers.

Presently, rivers still occupy a dominant place in the lives of many people. They serve as transport channels of goods and people, they possess freshwater fish for human consumption, they make the soil more fertile and apt for agriculture, and they are also used for tourism and adventure purposes.

Hence, rivers are seen as friendlier than say – seas or the open ocean. However, some rivers also possess dangers and perils for the unassuming traveler. Extreme caution and utmost care must be taken when crossing or attempting to paddle and ride through these rivers.

This list dishes out 10 of the world’s most dangerous rivers. So how many of these rivers have you tried crossing or paddling so far?

The Mekong is a historic river located in mainland Southeast Asia. It crisscrosses the countries of Vietnam, Laos, Cambodia, Thailand, and even China. The Mekong is rich in riverine life. However, it is also prone to terrible flooding especially during the monsoon season. Its perennial floods claim hundreds of lives per occurrence.

This river runs through the Russian mainland, particularly Siberia, and is one of the world’s longest rivers. In the summer, the river teems with riverine life and boats frequently travel through it. However, during the winter, the river freezes and the ice melts only during the spring that follows right after. This phenomenon creates huge flooding in the communities adjacent to the river and has claimed more than a hundred lives.

This river crosses both Mongolian and Chinese borders in Asia. It is considered a triple threat because it has dangerous rapids that can easily carry away unassuming travelers. Also, portions of it are blocked by ice. When it melts, it produces a glacier-like effect which could be very destructive. Worst of all, it is contaminated by plutonium from a nearby plant, making the waters hazardous and highly toxic.

This river is located in the heart of Africa and is one of the world’s longest and deepest rivers. It has rapids in some portions that are rather impossible to cross. The worst thing is that the river empties into a waterfall, making it very dangerous for river adventurers.

This is a very historic and highly valued river in the heart of China. It has plenty of civilizational value and is also of great economic importance to the Chinese. However, the river is already plagued with too much industrial waste. In some areas, pollution has become so apparent that water changes in color.

This river crosses many states in the United States, stretching from Mississippi to Tennessee, to Iowa, and Arkansas. It has an unpredictable current and very strong rapids that are dangerous even to experienced rafters.

This is an important river in South America, teeming with jungle life in its adjacent areas. Nevertheless, the river is prone to flooding and creates giant floods that are very dangerous to nearby villages and communities.

This South American River runs across Argentina and Paraguay. While it may be picturesque and lovely, it causes extensive flooding that has destroyed property and claimed lives. The soil on the river sides is also erosive and prone to landslides.

One of India’s very important rivers, the Brahmaputra becomes dangerous after the winter. When the Himalayan ice melts, the river rises and has been the cause of the worst flooding in India in recent memory. 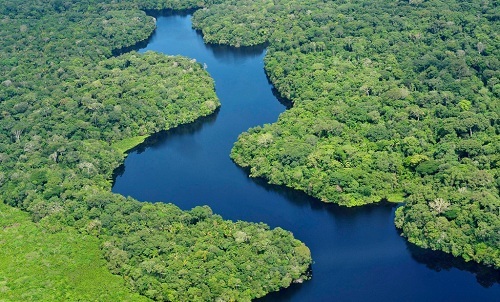 This River of Life is highly unpredictable. Aside from its depth of 150 feet, it also has some of the strongest currents and most dangerous river species that can be found in any river anywhere in the world!