The advancement of technology has touched every aspect of our lives, including the construction sector. There have been many road bridges which have been constructed over water to connect two land masses, for the purpose of making the distance between them shortest. It is not easy to build such long bridges over water, as there is no solid foundation for them. Despite this difficulty, the country has been successful in building numerous long bridges over water in recent years. These bridges are the symbols of the progress in science and technology and have done our country proud. Every year many bridges are inaugurated and they leave behind the bridges that were created in the previous generation so let us go through the list of the longest road bridges above water in India

Listed below are the top 15 longest road bridges above water in India:

On number 15 we have Naranarayan Setu which is constructed over Brahmaputra River in Assam. The bridge was constructed for the rail transport as well as the road transport in addition to this, the railway track is laid on the lower deck and the road was laid on the upper deck of the bridge. The total length of this bridge is 2284 meters and it connects Jogighopa and Goalpara District. The bridge was inaugurated by Mr. Atal Bihari Vajpayee in the year 1998 and the cost of the bridge was estimated to be Rs 301 crore. 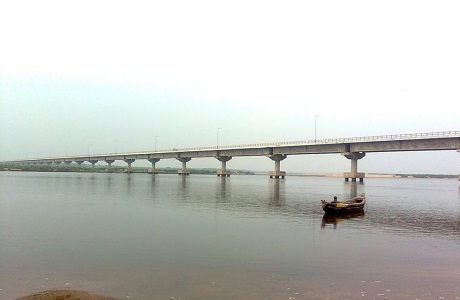 Penumudi Puligadda Bridge is located over Krishna River and it is a part of National Highway 214. The bridge connects Penumudi in Guntur District to Puligadda in Krishna District. The bridge had been operational since 2006 and the total length of the bridge is 2590 meters. In addition to this, the bridge was inaugurated by YS Rajasekhara Reddy who was then the chief minister of the state. The main advantage of this bridge is that it reduces the travelling distance between the two places by almost 100 kilometers and the total construction cost of this bridge was Rs 71 crore. 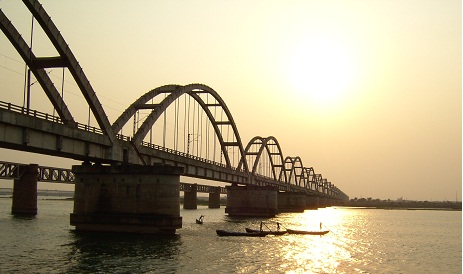 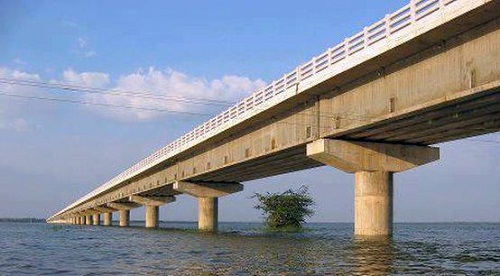 With a length of 3000 m, the Korthi Kolhar Bridge in Bijapur, Karnataka occupies the ninth position on the list of top 10 longest road bridges above water in India. The bridge was inaugurated in 2006 and spans the Krishna River. 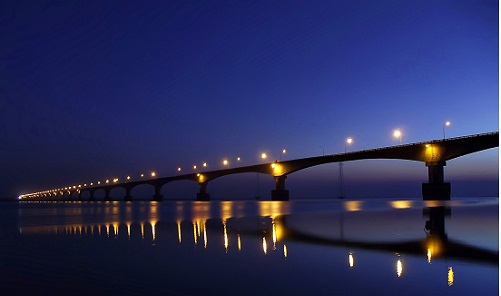 Among the longest road bridges above water in India comes, the Kolia Bhomora Setu, built over the River Brahmaputra. The 3015 m long Road Bridge lies in Tezpur, Assam and was started for public service in 1987. 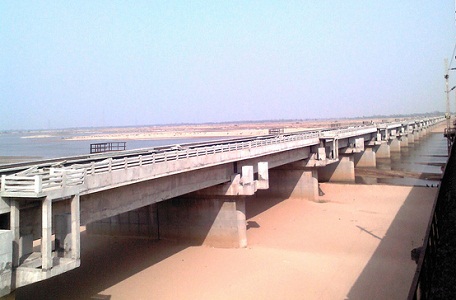 Built over a length of 3061 m above the Son River, the Jawahar Setu comes next in the list. It is located in Dehri in Bihar and has been operational since the year 1965. The bridge connects Dehrion Son and Son Nagar in Bihar and it is an essential part of Grand Trunk Road which is also known as National Highway 2.

Chahlari Ghat Bridge is also known as Chahlari Ghat Setu and it runs over the river Ghaghara. The bridge basically connects Bahraich in East Sitapur to West Uttar Pradesh. The total length of the bridge is known to be 3260 meters and the construction of the bridge started in 2006. In addition to this, the bridge was commissioned in February 2017. It is one of the architectural marvels of the India 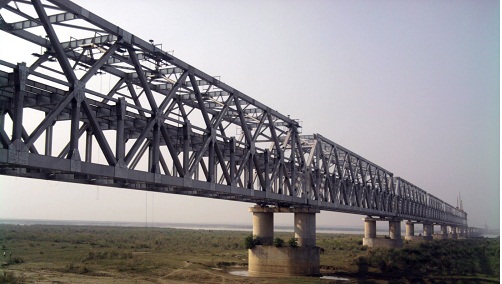 Munger Ganga Bridge is another bridge which has been constructed above River Ganga, in Munger, Bihar. The bridge spans a length of 3190 m and is expected to start operating by December 2014. It will connect Munger to the Begusarai and Khagaria districts.

This bridge is constructed across Ganges River and it connects Arrah to Chhapra. Chhapra is located in Bhojpur in Bihar. The bridge basically acts as the connection between northern and southern part of Bihar and this ambitious project will help a lot in the transportation of good across the state. The total length of this bridge is 4350 meters and the estimated cost of the bridge is Rs 800 crore. In addition to this, it is also the longest multi-span extra dosed bridge in the world. 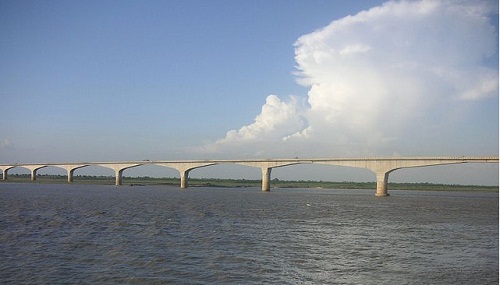 Featuring next on the list of longest road bridges is another bridge spanning River Ganges, the Vikramshila Setu, which is situated in Bhagalpur, Bihar. The 4700 m long bridge was officially opened to the public in 2001. The bridge has two lanes with pedestrian footpaths on both its sides. 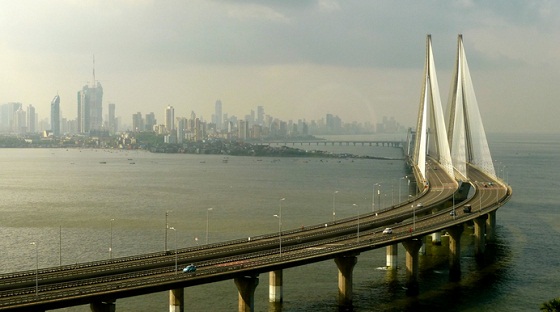 Topping the list of longest road bridges over water in India is the 5600 m long Bandra-Worli Sea Link in the city of Mumbai, Maharashtra. Officially called the Rajiv Gandhi Sea Link, the bridge spans over the Mahim Bay and was opened to the public in 2009. It was built by Hindustan Construction Company and has four lanes for the traffic to move smoothly. The bridge has made the life of Mumbai kars really easy as it has reduced the traveling time by a lot. 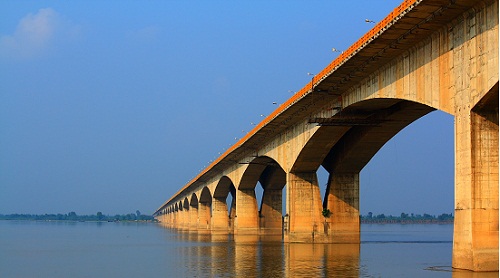 Built over the Ganges, the Mahatma Gandhi Setu is located in Patna, the capital city of Bihar. It was inaugurated in 1982 by Mrs. Indira Gandhi and measures 5750 m in length. The four-lane bridge has pathways for pedestrians on both sides. It was designed by Gammon India. 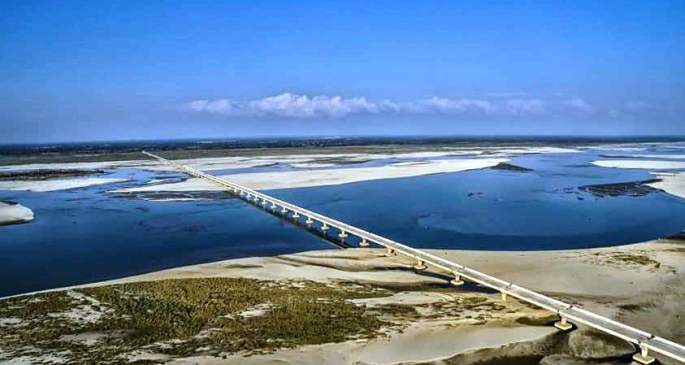 This Bridge will become operational in 2018 and it is the longest bridge in India. The total length of this bridge is 9150 meters which make it more than 9 kilometers long. The bridge is built in North East India and the bridge connects two states of Assam and Arunachal Pradesh. The bridge may soon be on the second number as there is another bridge which is being constructed on the Ganga River in Bhar to replace Mahatma Gandhi Setu. The bridge spans over Lohit River.

Some other major road bridges over water include Pamban Bridge over Palk Strait, Naranarayan Setu over River Brahmaputra, Farakka Barrage over River Ganges and Gautam Buddha Bridge over River Gandak. Moreover, the government of India in investing more in infrastructure related projects so you can expect a lot more additions to the list in near future.