Rakul Preet Singh is a Model and actress, who was born in New Delhi. She is a lovely looking girl who has featured in a lot of South Indian Movies. She was also the lead role in the Hindi movie Yaariyaan. She started her career in modelling when she was in college and also did her debut role in the Kannada Film Gilli. She even participated in Femina Miss India and won the fifth position. She has acted in a lot of south Indian movies and they were a hit. She is basically a Punjabi, and her acting in the south Indian movies is just amazing. She pulls off the accent so perfectly as if she was born in the southern region of India.

She always wanted to become an actress and she started modelling when she was just 18 years old. She signed her first movie only to earn a little extra pocket money and that is how her acting career began. She was just unaware of the Massiveness of the South Indian Films and hence she never thought of signing a south Indian film but only for that little extra money, she did sign it and got critical acclamation and love from the critics and the other south Indian directors and people. She has also won the Filmfare Awards South for the best actress. She is undoubtedly a gorgeous and a talented girl who has given huge hits in the South Indian Movies and has made a great name in that industry.

Here is a list of her top ten best movies: 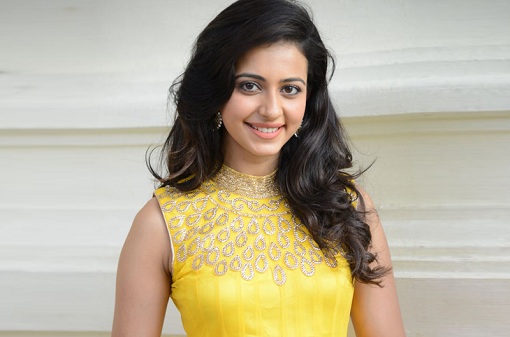 Released in the year 2015, this is one of the movies in which her acting was just brilliant. She played the role of Divya in this movie and it was liked by all. She starred against Ram and the movie was directed by Gopichand Malineni.

Directed by G. Nageswara Reddy, this movie was also a hit and she played the role of Kavita in the movie. She was casted opposite Manchu Manoj. The movie also had amazing actors like Sunny Leone and Jagpati Babu.

She played the role of Chandrakala in the movie and it was Telugu movie which was directed by Sriwaas. She was casted against Gopichand who is also one of the finest actors in the industry.

It is a 2014 Telugu film directed by CH Subba Reddy. Rakul played the role of Nandhu in this movie and was casted opposite Aadi. This was one of the finest movie and her performance in this movie was also good.

This is a Tamil movie which was released in the year 2014 and is a romantic comedy, which was critically acclaimed. Rakul played a very sweet role in the movie and was loved by all. She was casted opposite Gautam Karthik, who is also young and charming.

It was released in the year 2013 and it is a Telugu Comedy film starring Rakul and Sundeep. It was directed by Merlapaka Gandhi and it was a hit. The acting of Rakul in this movie was good and she the movie also made a good collection at the box office.

A Tamil movie, which was released in the year 2013. It was directed by Vijay Adhiraj and casted Sathya, Jagpathi Babu, Rakul and many more actors. The movie was a hit in the south Indian cinema.

It is a Tamil Action thriller, which was released in the year 2012. It was a huge hit and was loved by everyone. Rakul played a great role in this movie and was also loved for her work in the movie.

It was directed by Gautham Patnaik, and this movie is Rakul’s one of the second best movies, where her acting skills were seen.

It is a Kannada Film, directed by Raghav Loki and it is her one of the best movies, and she played a great role in this movie. This movie was also a huge hit at the box office.