The Bollywood film industry is one of the biggest movies producing industry in the whole world.It has always tried its best to use several subjects and focus them by the movies. The one of the hot favorite subject amongst Bollywood film creators is Police Force. There are so many movies based on police that has got the very fruitful response from the audience as well as from the industry. The Actors are also competent to play the characters of great police department officers just once in their careers.They also confessed that these types of movies play a special part in uplifting their career.

Following is the list of top ten Bollywood movies that are based on police force:

The tenth movie in this list is Zanjeer. It was an impressive police movie of Bollywood.At the initial stage of the career of Actor Amitabh Bachchan, this movie strengthens his image as the “Angry Young Man of Bollywood”. This movie came in the seventies and featured Jaya Bhaduri and Pran also.The story was engraved by excellent writer pair of Salim-Javed.

The movie Gangaajal is a stroke of genius by brilliant director Prakash Jha. It features talented actor Ajay Devgan.He was in the powerful role of the true police official who was involved in a fight against corruption and exploitation established in the nation as well as in the police department. The movie was released in the year 2003 and was a remarkable success.

One more police based film that created history in the Bollywood industry is Sarfarosh.It has Aamir Khan(Mr Perfectionist)who played a strong police officer Mr Ajay Singh Rathore.His main motive in the film was to eradicate terrorists from the nation and uncover a Pakistani assassin (role played by Actor Naseeruddin Shah).

The next big name in the list is the movie Kurukshetra that was based on the entire police department. However, the movie was not a big success, but people always remembered it for the intense act of actor Sanjay Dutt. He plays the role of an honest police officer.

The Dabangg movie was one of the extensively valued police movies in the Bollywood. The main actor in the film was Salman Khan who played the unforgettable character of the police force officer, named Chulbul Pandey. It turned out to be the biggest entertainer masala movie of that year.

The main actor in the movie Singham was Ajay Devgan. He played the character of the hard-hitting police officer, named Bajirao Singham. The movie was directed by Rohit Shetty who is a top action director in the industry. The movie was extremely successful in the box office.

The subsequent movie in the list is Ab Tak Chappan.It was based on the true life of the encounter expert, named Daya Nayak. The actor Nana Patekar plays the excellent role in the movie. Shimit Amin, director of the film, got wide praise for it from all over the world.

Mr Rajkumar Santoshi was the director of the film called Khakeethat was released in the year 2004. It had some big star cast names like Mr Amitabh Bachchan, Akshay Kumar who played the khaki fully clad cops while Mr Ajay Devgan was in the negative role.

This movie was released in the year 2012.It had Akshay Kumar as the main lead, whereas Sonakshi Sinha was the female actress. The movie was directed by famous choreographer Mr Prabhu Deva. The film has Akshay in twin roles of a robber as well as a deceased police force officer. 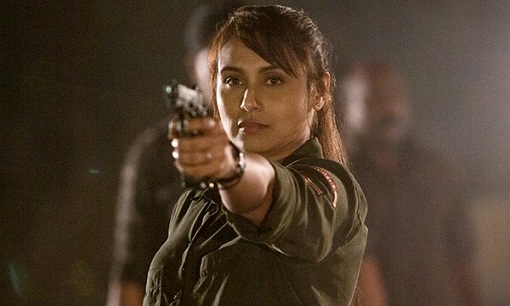 This Bollywood movie is top on the list that involves the story of a woman police officer. The brilliant artist Rani Mukherjee plays the main role.In the movie, the topics like human trafficking, prostitution were brought into the limelight.