The Criteria on which we differentiate the countries on various platforms varies vividly. Today we have brought to you a list with 10 countries in a descending order of their sizes. That is, the list contains top 10 countries of largest sizes in the world. These magnificent countries are not only large by the area but also the geography, growth and humanity prevailed in them. It comes as a total amuse to how, how these countries which are so large have still managed to stay intact that too with great ease and decorum country however, is not considered great merely by the area it covers but also the standard and quality of living. Since it is difficult to achieve both of these factors, the countries in the list given below are effortlessly great and magnificent.

We are fascinated by the diversity that the following listed countries display to the world. The great display of strength and unity displayed by the following country should be of inspiration to one and all. Read below to discover these top 10 largest countries by area.

This African country is the largest country in the entire continent of Africa. If you talk about the beauty and characteristics of this African Country then you will be left outspoken by its naturally occurring magnificent bodies in the Thar Desert. The clear blue skies and the natural formations of this prehistoric land have captivated its citizens and travelers from all around the world equally. It is also the tenth largest country in the world with a total area of 2,381,741 square kilometers. Algeria is truly a gem of our world which is a telltale of our early ages and the progression of the evolution of our world.

Before talking about the area covered by Kazakhstan, it is most important that we give a minute to the beauty that Kazakhstan is. This Asian landmark is one of the most beautiful places on our earth. The magnificent roads which are beautified by the lightened fountains are one type of beauty prevailing in Kazakhstan and on the other hand are the scenic beauty which is in the form of frozen lakes and snow-covered mountains. Well, all this has wooed our minds to make Kazakhstan as our next travel destination. The 9th country on our list covers a total area of 2,724,900 square kilometers. This is also the largest landlocked country of the world.

It seems like this list of top 10 largest countries in the world is actually the list of most beautiful countries of the world. Upon next on the list is Argentina with frozen snowy formations all around and green meadows as far as the eyes could see. Covering the total area of 2,780,400 square kilometers of area, Argentina’s maximum land area is covered by the snowy mountaintops. The temperature in Argentina stays as low as 10-degree Celsius and below all around the year.

The marvels of India are not unknown to the world, apart from being world’s number one democratic country it is also one of the top 10 largest countries in the world. The Asian country of India covers a total area of 3,166,414 square kilometers. It is safe to say this entire area contains the most amazing geographical wonders of our world. Including the heaven on earth- Kashmir, the white sandy desert of the Kuchh and the coastline surrounding it from three sides.

A little bigger than Asia’s India stands on our list Australia with a total area of 7,692,024 square kilometers. Besides being the sixth largest country in our world, Australia is the only largest country standing in the ocean all on its own. The gold coast reef of Australia is a must visit and makes it one of the hottest travel destinations in the world.

The largest South American country is also the fifth largest country in our world. It has a total area of 8,515,767 square kilometers. It is not the only fact that Brazil is famous for, The Largest idol of Jesus is also displayed in Brazil. People from all over the world come to pay a visit to this holy marvel of Jesus. Another thing famous about Japan is the magnificent waterfalls and the climate which is to die for. When the world is suffering from the harsh weathers, it is Brazil which is sunbathing on its beaches and the snowy mountain tops.

It is ironic that the United States of America, which is the most powerful country in the world, is the fourth largest by area. With a total area of 9,526,468 square kilometers, the United States of America is a huge country with state of the art technology and advancement. Speaking of being the largest power, the USA is a humble country with marvelous achievements to its name. It is also the second largest country in the American continent after Canada which is ahead on this list. 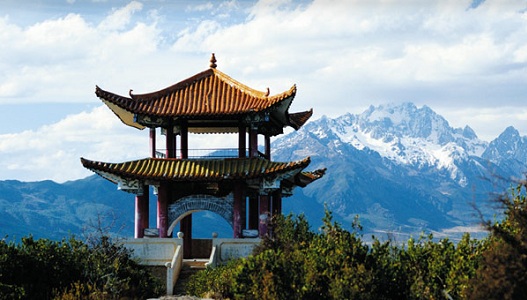 Covering an area of 9,572,900 square kilometers China is the third largest country in the world. The most populated country in the world is also one of the largest countries by area. Considering the geographical versatility of China, one can see the most beautiful landscapes of the world here in China. The green hills and mystic waterfalls or the traditional Chinese cottages and huts are a common sight in China. Well, it is also not unknown that China is a technology head of the world that has gifted it with low-budget technological gadgets and item.

The Largest country in the world is also the largest country of the American continent. Canada has a total of 9,984,670 square kilometers area under which includes one of the most visited cities in the world, British Columbia and Vancouver. It is a dream for everyone to be able to live in Canada which is the upcoming world leader. The Niagara Falls of Ontario or the snowfall in Vancouver, all these amazing sights are breathtaking. Canada is also the only country with maximum Indian immigrants.

Russia is by far the largest country in the world and also in the entire Asian continent. It covers an area as big as, 17,098,242 square kilometers which include- 16,377,742 square kilometers by land and 720,500 square kilometers of water area. Having said that, Russia is also one of the oldest inhabited lands of the earth and the proofs exist to this day. The age-old architecture and equipment of Russia have inspired much of what we see around today.