Cement is the fine powder which mixed with water, sand and gravel forms a binder in constructing buildings. This mixed material is called as mortar which sets, solidifies and quickly adheres to the other materials used in construction. Cement is made chemically by using materials such as limestone, shale, shells, clay, slate, silica sand, blast furnace slag, iron ore and chalk.

Production of cement includes production of many other raw materials and this entire process is very harmful for the environment. But still due to the increase in urbanization, more and more cement manufacturing plants have been set up in many countries.

At slot number 10, we have Vietnam with 60 million metric tons of cement production annually. Majority of the demand was for the domestic consumption while the exports had dipped in the current year. The tax export tariff has been levied by the government due to which the competitiveness has reduced significantly.

With the annual production of 60 million metric tons of cement, Indonesia stands at number 9. Due to the robust infrastructure development in the past few years, the cement production has risen significantly in Indonesia. Not only the local companies are investing huge in the cement industry but other international cement companies are also taking lot of interest in this country. The tourism industry has provided the growth opportunity to the cement industry as well.

With 63 million metric tons, we have Saudi Arabia at number 8. Cement sales have been dropping from last couple of years and so is the production. In 2017, it fell almost 5-10% of the normal production. With more and more constructions happening in Saudi Arabia, it is likely the production may increase in the coming years. The cement industry requires a lot of energy consumption and thus high costs are incurred however if more and more energy efficient plans are put to use, things can work well for the cement production industry in Saudi.

Russia ranks at number 7 with the annual production of 69 million metric tons cement. With the large scale of modernization, more and more cement is required to create buildings. In total there are more than 60 cement manufacturing plants in Russia. The largest cement producing company being the Euro-cement group followed by Sibirskiy Cement and Novoroscement. In another 3 years, the cement industry in Russia is expected to grow majorly to meet the demands of the construction industry.

On number 6, we have Brazil with 72 million metric tons of cement production every year. Majority of the cement is produced in Minas Gerais, Bahia, Rio de Janeiro and Sao Paulo. There are almost 65 cement manufacturing plants and the major players are Votorantim Cimentos which is the market leader of Brazil, Inter Cement Brasil SA and Lafarge Holcim. Other brands include CRH, CSN Cimentos, Supremo Cimento and Cimento Tupi.

On number 5 we have Turkey with 75 million metric tons of cement production annually. The cement industry of Turkey has played a vital role in providing the employment opportunities for the citizens and also it has strengthened the economy of the country. Besides in the initial phase, the demand of the local market was not getting fulfilled but now with the enhanced infrastructure and manufacturing the Turkish cement industry has grown significantly. The raw materials for the production of cement are locally procured therefore bringing down the cost of raw material export.

On number 4 we have Iran which is the largest producer of Cement in the Middle East. More so the cement produced here gets exported to neighboring countries such as Kuwait, Iraq, Afghanistan, Turkmenistan and Azerbaijan. The major cement producing companies are backed by the state and produce about 75 million metric tons of cement annually. The main companies include Ghadir Investment Company and Fars and Khuzestan Cement Company.

On number 3 of this list, we have United Stated with 83 million metric tons of Cement production annually. The third largest cement manufacturing country in the world with almost 34 states producing cement. These include Alabama, Florida, Missouri, Texas and California. These states produce almost 50% of the total cement of the country. The cement producing companies in United States include Texas Industries Inc., CEMEX and Lehigh Hanson Inc.

With the annual production of 280 million metric tons, India ranks at number 2 on the list of top 10 largest cement producing countries of the world. There is an annual growth of almost 5-6% in the cement production of Indian Industry. While the majority of the production is through Ultratech cement, other major players in the market include ACC and Ambuja. With the urbanization and infrastructure development going on in full swing, in addition to the real estate industry, many industrial units are also getting set up every day due to which the cement users have increased. 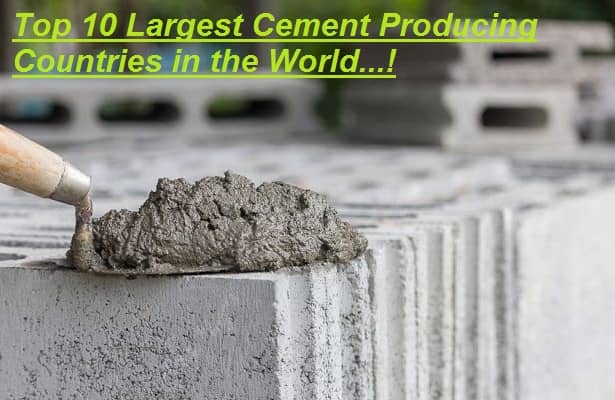 The world’s largest cement industry is in China. The annual production of cement in China is whopping 2500 million metric tons. These cement companies are mostly owned and operated by the state due to which the cement manufacturing companies has the support from the government and they require very less capital. The main reason of manufacturing so much cement is the growing population and urbanization due to which more and more people are moving to cities and metropolitans from rural areas. Though the cement industry is huge, it is criticized and praised at the same time. The cement industry is undoubtedly responsible for the huge and brilliant infrastructure but it has also resulted to a huge amount of pollution which is really bad for the environment.

Cement is used as a major and most important element in the construction industry. For any economy, it is important to have the good and developed infrastructure at place. But cement production has a cost of its own which the environment has to bear. It should be used and manufactured keeping in mind the intricacies of the process and the consequences of the environmental pollution. After all, if everyone dies of environmental pollution, what use would be the infrastructure of the countries? More and more research is going on to make the cement production less harmful. The new concept of Green Cement is being researched upon which is the substitute of the currently used Portland cement. Let us hope that the researchers are able to find the alternative sources well in time. 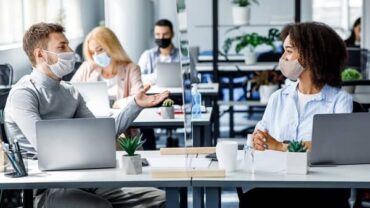