The beauty of Kerala cannot be explained in words. The scenic beauty, the dazzling rivers, the green meadows and the lavish greenery of Kerala are worth watching. Kerala is the land of beauty with the long beaches, rivers with charming mountains. Kerala is often referred to as Keralam which is located in the South west India on the coast of Malabar.

Some interesting facts about Kerala are mentioned below. Check them and enjoy! 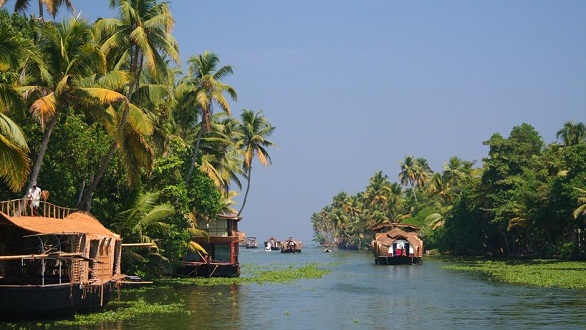 1. A Land of Coconut Trees

4. The Land of readers

People of Kerala are generally vert literate and informed. Kerala is among the most literate states of India. This state has the total 100 % literacy rate this is the reason why you see the people of Kerala always reading some texts, books. Newspapers etc.

As Kerala consists of long beaches and coastlines, it offers vast fishing opportunities for the sea food and fishing lovers. Country fishing boats are also very common on the beaches and rivers of Kerala.

7. Backbone of the Country

Kerala plays an important role in supporting the economy of the country of India. Starting from 3000 BCE, Kerala has remained a prominent region of spice exporter to various countries of the world.

The Kerala is the state of India which is rich in the diversity of plants and animals. Almost 2500 of the different plant species grow in Kerala with also the large variety of animals.

Kerala is the land with the heaviest drinking. It is the tippler country that has the highest alcohol consumption rate. It is estimated that a person consumes almost 8 liters of alcohol every year. Kerala State runs almost 337 bars and each shop serves almost 80 thousand clients.

It is also a famous tourists destinations because of the numerous lands, beaches and rivers to visit. Places like Thekkady, Vembanand, Santa Cruz Basilica and Attukal Temple attracts large number of tourists.