Gul Panag is a well known actress and model, who has now entered into the field of active politics. She has also been in news for giving active support to social causes. 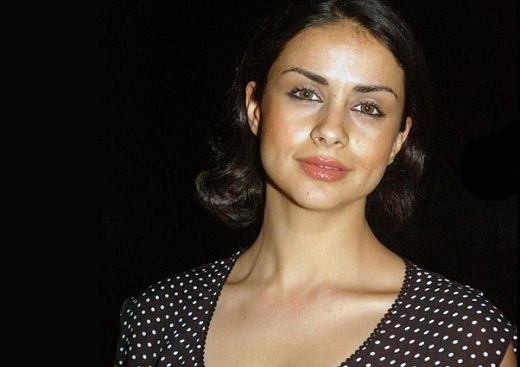 Income Sources: Gul Panag has earned money as an actress, besides her modeling assignments, which she has been doing long before taking an entry into Bollywood. She has done a number of print and television commercials, including being the brand ambassador of Tata Sky, along with Aamir Khan.

Marital Status: She married her boyfriend, Rishi Attri in 2011. Rishi is an airline pilot and the two of them had been in a relationship for a long time before they got married. The wedding took place in a traditional Sikh ceremony at a Gurudwara in Chandigarh.

Gul Kirat Panag was born in Chandigarh and her father Lt Gen Panag was in army, which is why her childhood was spent in different parts of the country and even abroad, as he was transferred from one place to another. This gave Gul a lot of exposure in her early years, as she changed 14 schools during her educational years. Besides studying in the Kendriya Vidyalayas of Chandigarh, Leh, Mhow and Wellington (Tamil Nadu), she also went to The Lawrence School, Lovedale and International School of Lusaka, Zambia. She got her Bachelors degree (Maths) from Punjabi university, Patiala and Masters Degree (Pol Sc) from Panjab University, Chandigarh. Besides being a bright student, Gul was an excellent orator and also good at sports. Her beautiful, dimpled face and attractive figure, along with her amazing poise and confidence, took her to win the title of Ms India 1999 and represent the country in the Ms Universe 1999 pageant. Besides her modeling and film career, Gul Panag has also been recognized for her humanitarian efforts. She runs an NGO called Colonel Shamsher Singh Foundation, which supports social causes like education, gender equality and disaster management. Additionally, she has been a part of the advisory board of the Wockhardt Foundation, besides actively participating in the movement called India Against Corruption. She also raised her voice against eve teasing, when she had to face the same during running the famous event called Delhi Half Marathon.

Gul Panag made her Bollywood debut in 2003 in the film “Dhoop”, followed by a number of other movies such as “Jurm”, “Dr”, “Manorama Six Feet Under”, “Ab Tak Chhappan” and “Hello”. She has received appreciation for most of her performances and received Zee Cine Critics Award for her 2007 film “Dor”, which she shared with co actress Ayesha Takia. Gul was also seen in a TV series called “Kashmeer”. After an illustrious career in films, Gul Panag joined the Aam Aadmi Party and contested from the Chandigarh seat in the Lok Sabha Elections of 2014. She was, however, not able to win and the seat went to BJP candidate, Kirron Kher.