When you look for a good job opportunity, you want a good work-life balance and a great work environment. However, the most important thing in any kind of work that you do is the amount of money you are making from it. Money can be a huge motivator for you when you think of starting a career. The amount of salary that you draw is mostly inspired by the minimum average wage that is fixed by the government of the particular land in question.

Here, in this article, we shall discuss the top 10 countries which have the highest minimum wages in the world.

Next on the list is the European country of Germany. The minimum wage rate of the country was somewhere around 7.19 dollars per hour. However, they have increased the same to around 10 dollars, effective from 1st January 2017. If you are working in Germany, you are even capable of earning a maximum of 15,000 dollars on an annual basis. The country follows the minimum wage as per the law and the decision by which the rate is fixed is also decided after collective bargaining to analyze and understand the basic requirements of the stakeholders from different fields and backgrounds.

Another country which is known for its high minimum wages is Netherlands.The government of Netherlands is known to revise the minimum wage of its workers two times in one year. As of January 2017, the minimum wage for job personnel’s who are 23 years or older is around 8.95 euros per month. The minimum wage is lower in case of workers who are below 23 years of age. This rate was around dollars 8.20 per hour in the year 2015. The cost of living is less too in the country. Hence, considering everything, the amount is quite high when you compare it with the other countries.

With a minimum wage of 9.76 euros per hour in the year 2017, the minimum wage of France is high amongst the major countries of the world. The rate in 2017 witnessed an increase of about 1 percent from the preceding year. In 2015, the legal workers in the nation used to receive dollars 8.24 per hour for their work. This makes France the fifth country on the list of the top 10 countries with the highest minimum wages in the world.

With a rise in the minimum wage of around 16.9 euros from the previous year, Ireland is amongst the countries which are known for the highest minimum wages in the world.In 2015, the European nation had a minimum wage rate fixed at 8.46 dollars per hour. As of January 2017, the minimum wage rate in the country stands at 9.25 euros per hour which is quite a significant amount. The rate can be lower if you are an Irish worker and are less than 18 years of age.

The high minimum wage rate in the country over the years have made Belgium rank third on the list of the top 10 countries with the highest minimum wages in the world. For 38 working hours per week, the nation was known to pay around 8.57 dollars in the past few years. As of 2017, the national minimum wage rate of the country is around euros 1,562.6 per months which is quite generous and handsome as per the living standards of the region.

The country has always been known for the high rates of the minimum wage that are guaranteed to the different workers of the country. Effective from 1st January 2017, the minimum wage for an unskilled worker over 18 years of age is about 11.55 euros. If you are a skilled employee, you shall be able to get wage more than 20 percent of the minimum wage for the unskilled employee. Similarly, if you are an adolescent worker, you will be entitled to receive a minimum wage which is less by 20 percent to 25 percent. It is for the high job salary and an optimal work environment that the nation is known to attract job aspirants from different parts of the globe. 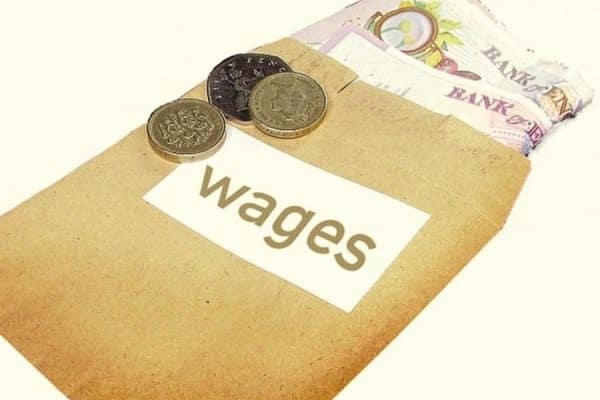 Thus, keep in mind the minimum salary given to the employees of different countries when you are planning to look for job opportunities in these countries. Also, the standard of living is to be taken into account while you plan a living in any of the -mentioned countries!