The most sought-after, respectable and eminent international honor is the Nobel Prize. The first Nobel Prize was awarded in the year 1901 in Stockholm, Sweden and in its 116 years of existence, it has recognized groups and individuals from almost all over the world. As many as 1000 Nobel Prize has been awarded till now. It was created as per the will of Alfred Nobel who invented dynamite and explosives but since it was a controversial matter, it took almost 6 years before this coveted award came into existence. As a matter of fact, in the will of Alfred Nobel, it was dictated that people who are recognized on any of the mentioned fields, will get the award from the interest of his estate fund. Though there is no reason as such for it, but it is believed that it is out of regret that Alfred created lethal weapons of destruction.

The Nobel Prize distinguishes and identifies the noteworthy contributions to the progression and advancement of science, academics and culture. These Nobel Prize Winners or Nobel Laureates can be individuals or group of Individuals. The first Nobel Prize was awarded to Marie Curie who was a Polish-born and naturalized-French chemist and physicist who is very famous for her effort on radiation. International Committee of Red Cross has received the maximum number of recognitions including thee Peace Prizes in the history.

Let us find out top 10 countries with the most Nobel Prize winners in the world:

The country ranking on the 10th slot is Austria with 21 Nobel Prize Winners. Most significant winner had been International Atomic Energy Agency got the Nobel Peace Prize in the year 2005. Austria has made a significant contribution to the field of Physiology, Physics and Chemistry. Very little contribution has been made in the field of Peace, Literature and Economics. Netherlands also has the same count of Nobel Prize Winners. 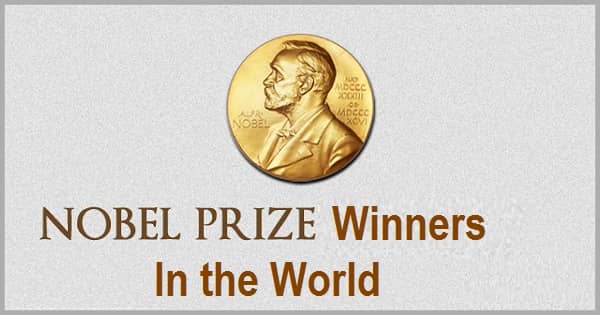 It is a matter of great pride and honor that a country or an individual gets awarded with the Nobel Prize. Mostly people who have made remarkable contributions to the field of Chemistry, Physics, Medicine, Literature and Peace, get rewarded with this prize. The most renowned winners of Nobel Prize are Nelson Mandela, HH Dalai Lama, Albert Einstein and the most recent being the Malala Yousafzai and Michael W. Young. In the list of top 10 countries with the most Nobel Prize winners in the world, Western Countries are dominating as these are the countries which have great political powers and influence over the world.