Money is not only used among individuals but also between countries. The world is becoming a small place day by day. E-Commerce has empowered the economy of the nations and is now breaking down cross-border barriers. Currency is basically used for trade. Different countries have different economic conditions thus the currency is also different. Having said that, do you know the stable and the strongest currencies of the world? Yes you are right. US Dollar, British Pound, Euro, and Swiss Franc are the few of them. But do you know the weaker currencies of the world? Do you know which countries are they issued in? If your answer is No, then this is just article for you.

The economic condition changes in all the countries in a real time and dynamic environment. Due to which the list always fluctuates or changes. A nation’s economy has a deep impact of the lowest currency rate. The value is very important for business and trade. The least valued currencies have no power in the international market therefore they cannot purchase good from there.

Nevertheless we bring to you the list Top 10 Countries with Lowest Currency in the World vis-à-vis US Dollar.

At number 10 of the list we have Cambodia. Located in the South East Asia, Cambodian currency is called as Cambodian Riel and the currency code is KHR. You would be shocked to know that 1 US Dollar is equivalent to 4055 KHR. Riel is not very popular among the local people of Cambodia. Primarily because this is relatively a new currency. It was put to use in the year 1995. It has a very low exchange rate and the local people have started using US Dollar for making any kinds of payment. Due to which this currency has further devalued.

Ranking on number 9 we have Sierra Leone’s currency which is called as Sierra Leonean Leone. It is denoted by the code SLL. Interestingly 1 USD is equivalent to 4129 SLL. There are a number of reasons which led this currency to be undervalued such as Ebola virus and a recent civil war. This is a very poor African Country and has endured economic decline along with social unrest. The infrastructure of this country is underprivileged and so is the currency.

On number 8 we have the South American Country Paraguay. The name of their currency is Paraguayan Guarani, denoted by the code – PYG. 1 US Dollar is equivalent to 5950 PYG. This is one of the poor countries of US. The inflation, high unemployment, poor quality of education, excessive corruption and poverty has been the main cause of economic downturn. Soybean and Cotton are exported but it is insufficient to meet the expenses of the country.

On number 7, we have another African country Guinea with the currency named as Guinean Franc. The currency code is GNF and 1 US Dollar is equal to 7822 GNF. It is quite shocking that even after being blessed with natural gifts such as aluminum, adamant and gold, the currency of this country is quite undervalued. The corruption, low exchange rate and high inflation rate has diminished the value of this currency.

On number 6 of the Top 10 Countries with Lowest Currency in the World we have Laos and the currency is called as Lao or the Laotian Kip. It is denoted by the code LAK and 1 US Dollar is equal to 8144 LAK. Surprisingly, LAK was actually issued at a low rate therefore it did not devalue. With its issuance in the year 1952, this currency has made some great progress so far as compared to the US Dollar. But there is much more to improve the value even further.

At number 5 of the list we have Indonesia. The name of the Indonesian currency is Indonesian Rupiah. It is denoted with the code IDR and 1 US Dollar is equivalent to 13873 IDR. Even though this country is quite stable in the South East Asian Belt but the currency has an extremely low rate of exchange. Indeed it is one of the developed countries but any efforts make to strengthen the national currency are not bearing any fruit at the moment.

At number 4 we have Belarusian Ruble from the Belarusian Republic. It got the status of emigrant nation after the collapse of USSR in the year 1992. The currency is denoted by the code BYR. And 1 US Dollar is equivalent to whopping 20846 BYR. After the split from USSR, this national currency was created. Somehow it is still not able to cope up with the exchange rate and falling terribly. Besides, reasons such as inflation, high taxes, corruption, political restrictions and poverty have further led to a significant fall in the price of the currency in the international market.

Vietnamese currency Vietnamese Dong ranks at number 3 of the list of Top 10 Countries with Lowest Currency in the World. Denoted by the code VND and 1 US Dollar is equivalent to 22396 VND. Vietnam is unfortunately doing what best they can do to catch up with the neighboring Asian countries but still the currency is undervalued today. Therefore they really need to take some stern actions and make their economy a powerful one.

At number 2, we have São Tomé and Príncipe. Their currency is known as Sao Tomean Dobra and is denoted by the code STD. you will be astonished to find that 1 US Dollar is equals to 22691 STD. This island country of West Africa is known to export coconuts, cacao and coffee but this is surely not going to help them to support the economy at the international level. Hopefully the recently discovered oil fields may improvise the economic condition of the country. 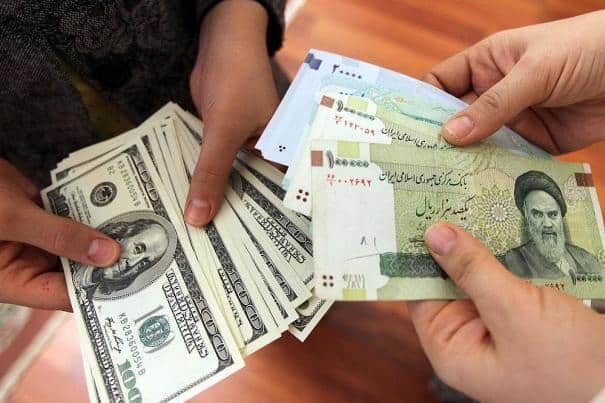 At number one we have Iran and their currency is Iranian Rial denoted by the code IRR. 1 US Dollar is equivalent to 30184 IRR. It is shocking but is expected since this country has been enduring many wars and attacks for a long time. Being a major oil exporter of the world, Iran is not able to export it any longer due to threats and wars, and it created a big mess in their economic condition. Hopefully in the times to come, their situation might improve.

All the countries on the planet have different monetary conditions and therefore different currencies. The major difference between their values is due to the economy and the financial status of the country. Surely no one can answer the reason why a currency loses the value but come to think of it, it could be because of the government policies, country’s gross domestic product, income from exports, role played by the banks and the foreign investments. All these factors definitely makes an impact in either increasing or decreasing the value of the currency.