There are various actors which are there in this entertainment industry and only some of them are known for their work and win the hearth of the public. These actors had to put a lot of efforts in order to entertain their fans. There are various movies done by each of the actors with different characters, for which they need to develop themselves as per the need of the role. One of such actor is Aju Varghese from Malayalam film industry which has done various movies. 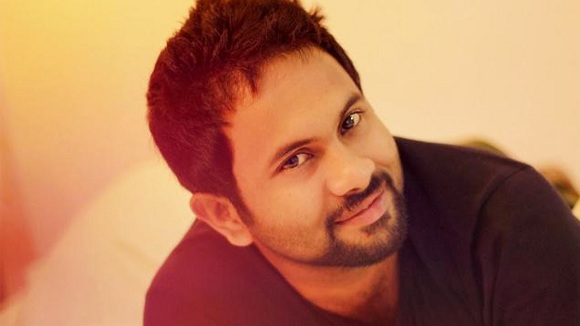 This movie was directed by the Sajan K. Mathew and the film is about the story in which the spirit enters in to the body of the person in order to take the revenge of her death. While taking the revenge she met the lover of her past and later the person got to know that he was in love with the spirit. She took the revenge and tells him to marry the girl who loves him. They both get married and the spirit went away.

It was directed by the Basil Joseph and in this films the character Kunjiraman who is the nephew of Vasu and he plans to marry his daughter but her marriage was fixed with his cousin brother Laalu. To take the revenge he went to gulf for making money and wanted to marry before the marriage of her. Laalu does plotting against him with the help of Kuttan and villagers started believing that Kunjiraman is bringing bad luck to the town. Later Kunjiraman marries her.

This film was directed by Shafi and the story revolves around a character Ullas who wants to make easy money for which he decided to marry a woman who is physically challenged. Later a new proposal of rich women came from Canada and he wants to marry her. He got to know that she is addict to alcohol but fell in love with her. She got to know the real motive of him and wanted to take divorce. While procedure of divorce he cured her from taking alcohol, she realizes this and lived together.

Directed under Vinay Govind and the film is around the two professionals from the advertisement agencies with their angry boss. They become fed up from their job and the boss. So they decided to take trip for Goa. This story revolves around their return from trip and their boss.

This story is about the friendship of the school going kid Ann and a youth. This reveals that how the friendship brings changes into their life. Ann parents are getting divorced and her father told her the story of an angel. She is waiting for the angel and met him, then how the life changes.

This was directed by the Vineeth Sreenivasan and it revolves around the Hindu boy who fell in love with the Muslim girl. There the conflict arises due to the issue of the inter caste marriage or relationship. Later this film was made in other languages as well such as Telgu and Tamil.

It was directed by the John Varghese and story is about the Bhanu who lives in the boys hostel and the father is very strict. Bhanu meets Lakshmi outside the hostel and he was in need of money for which Lakshmi helps him. He took her along into the hostel for some reason and thought that she would leave early morning but could not wake up and stuck there as strike of college is announced. Later the father thought Lakshmi to be ghost and Bhanu took the advantage of this and created drama to flee her, in which they become successful.

This movie is about the engineer students who had lot of backlog and want to make quick fame and money. He went to Chennai for the films and on the way he met his neighbor Daisy and clicked selfie with her. After the struggle in the film industry he went back to the town where the selfie with Daisy had become an issue. He went back to find her and found that she has been cheated. He brought her back home and later the culprit was caught.

This story is about the girl who fell in love with the person Giri but he does not love her. She does lot of things to marry her and attract him towards her but she failed. She then took concentration towards her studies and after this again tried and at last they both got married.

This film was directed under Ranjith Sankar and the film is about the three friends who met after around 12 years. They went for the vacation and during this their holiday is filled with fun of horror and spirit. This movie is on the horror and comedy movie. When this started they got afraid and started doing different things like prayers. They confirm the presence of spirit and many truths related to that.

These films are some of the best films done by Aju Varghese and various other movies are there which are also worth watching and are full of entertainment.