We give you top 10 interesting facts about the Kedarnath temple you must know.

10. TheKedarnath temple is located in the foothills of the Himalayan range at an elevation of around 3600m above sea level, near the mouth of the Mandakini river in Kedarnath, Uttarakhand. Snowcapped mountains and forests surround the temple. The Kedarnath temple is one of the four cornerstones of the Chaar DhamYatra

9. TheKedarnath temple is believed to be constructed by the Pandavas and later restructured by Adi Shankara in 8th AD. The Kedarnath temple has a white marble exterior, which is a sign of peace and harmony.

8. The Kedarnath temple has a head priest known as Rawal belonging to the Veera Shaiva community of Karnataka. The Rawal does not perform the Pooja himself, but directs the Pujaris on how to do it. There are five priests who hold the post of head priest in rotation basis annually.

7. The Pancha Kedar Katha States that Pandavas wanted to get rid of their sins of killing their brothers( in Mahabharata Yuddh) by getting the blessings of Shiva.They visited Kashi to meet Shiva but Shiva went to Kedar to avoid them as he was unhappy with them. But the Pandavas succeeded in meeting lord Shiva in the form of a bull, by conquering the rocky slopes of Kedar.

5. TheKedarnath temple can be reached by an uphill track of 16 km from Gaurikund, also a popular religious site. The people who are unable to climb can take help from the pre-arranged horses and ponies. There are also chopper services like Pawan Hans which carries two passengers to the shrine every day.

4. The Kedarnath temple remains shut for pilgrims for around six months every year due to harsh cold weather and snowfall. It closes on Bhai duj, one day after Diwali and reopens on Akshaya Tritiya in April or May. During that time period, the Shiva statue is carried to ukhimath near Guptkashi. The Kedarnath town is completely shut down, even the families moving to safe places.

3. The Kedarnath temple has statues of five pandavas, Lord Krishna, Nandi, virabhadra, one of the guards of shiva and the vehicle of Shiva. The temple also contains a statue of Draupadi and other deities in its hall.

2. There are various theories regarding the name ‘Kedarnath’. The most popular and widely believed one is that the town derives its name from its ruler -King Kedar who reigned during the Staya Yug. According to astrologer Pandit Manish Sharma, this town was the place where Nar Nayan, an avtar of Vishnu, created temporary ‘Shivling’ to pray to Lord Shiv. Shiv descended on earth and asked Nar Nayan his wish, and Nar Nayan replied that he wished for Shiv to reside in that Shivling. Pleased by his wish, Shiv decided that the place would be called ‘Kedar’.

1. Kedarnath was in the clutches of a natural calamity in 2013.Floods hit Kedarnath causing massive destruction and claiming innocent lives. People say that a huge rock got stuck behind the temple and prevented it from getting washed away. Although there were damages to the temple’s exterior, the interior was brought to its original condition in no time.

We hope you found this article helpful and entertaining. Here we listed top 10 interesting facts about Kedarnath temple. Kedarnath temple is a religious and beautiful place which everyone must visit in their life. 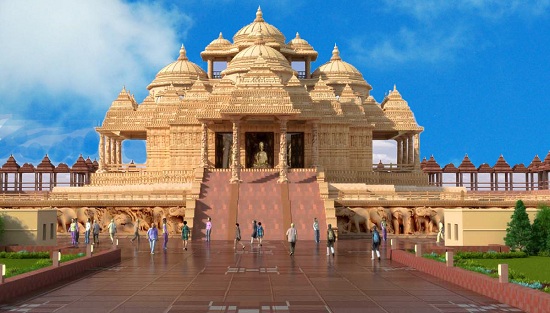