Planning for a vacation? Looking out for a way to escape the demands of a routine life? Planning to take your family/friends away from day to day chores and to get relaxed? Shimla would be one of the best options for you. Shimla, the capital of Himachal Pradesh and the summer capital of British India is a must visit tourist location in India.

Below are mentioned 10 Interesting facts about Shimla which are hard to ignore. 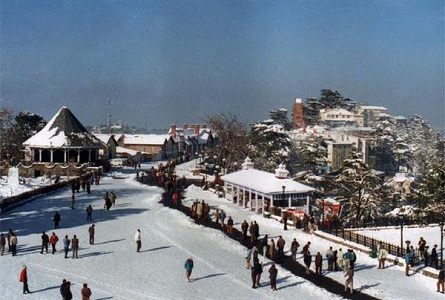 Shimla is a proud home of colonial architecture, churches and temples. The Viceroy lodge, the Christ church, the Jakhoo temple are some of the examples of the outstanding architecture of the place. One of the UNESCO world heritage site, the Kalka – Shimla Railway is also present in this city.

Shimla hosts the Largest Ice Skating rink in the entire South Asia. The clear sky and the perfect temperature are an added advantage to the Ice Skating enthusiasts. From December to February based on the weather, the ice skating sessions are conducted as two per day. A balloon is set up adjacent to the Municipal building to indicate that the Ice Skating season is up.

Shimla is known for its quality schools and high standards of education. Himachal Pradesh University, Indira Gandhi Medical Institute, Alakh Prakash Goyal Shimla University and Indian Institute of advanced Study are some of the notable institutions. The city homes many schools from the British period.

Shimla is a multi-linguistic city. Hindi is the main spoken language and the principal language for official purposes.  English forms the second official language. Pahari people living in Shimla forms a major part of the population who speak Pahari language. There also Punjabi migrants who speak Punjabi.

Shimla is a place of many temples and is visited by devotees all through India all around the year. A few of the temples located here are the Kali Bari temple, Jakhoo temple, Sankat Mochan and Tara Devi temple. Kali Bari temple is dedicated to the Hindu goddess Kali whereas both Jakhoo temple and Sankat Mochan are for Hanuman. Sankat Mochan is also famous for the innumerable monkeys who live around the temple area. Apart from these temples a Gurudvara and a church are also noted as important religious places.

Shimla is one of the main tourist spots in Himachal Pradesh. The Mall, Jakhu hill, Jutogh, Shimla State Museum, Summer Hill and Annandale are some of them. Naldehra And Shaily Peak are a must visit place here. The snow clad mountains of the Himalayas are a feast to the eyes if watched from here. Horse riding is the preferred mode of transport in the forests. Sunrise and Sunset are a real beauty at this place. The Chadwick Falls is another place worth watching. The 45 minute hike from the Summer Hill to the falls will leave you spellbound. Kufri is one of the must visit places for the adventure lovers.

Apart from all other attractions of Shimla one would never fail to note the excellent arts and crafts of the place. Jewelry, Embroidered shawls, pine and wood decors are to name a few. Shimla shawls are known to be best in the world for their fine quality. Intricate jewelry works are an example for the craftsmanship of Shimla artists. Wood crafts of Shimla include image carving, boxes and utensils. Shimla carpets with floral motifs are a major attraction for the foreign  tourists.

1. A place in the Guinness Book of Records

Shimla bears a proud place in the Guinness Book of Records for its famous Kalka Shimla Railway. This narrow gauge railway track is marked for its high rise in altitude.  There are daily trains from Kalka to major Indian cities. Shimla proudly homes three railway stations namely Shimla, Summer Hill and Jotu. The railway lines were built in the British period to connect the Summer capital of the period. The route consists of many scenic views and is also noted for its implausible construction.

Thus we have learnt about a lot of Interesting facts about Shimla which makes the place more appealing for the next vacation spot. 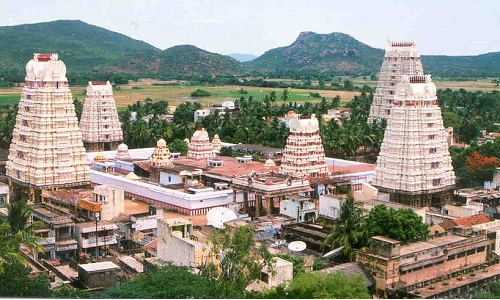