The world today is undeniably becoming more and more high tech. There are a lot of new innovations being introduced every day when it comes to technology, which made the lives of many people easier. The big question is, have you ever asked yourself how live television shows and telephone communications became possible?If you are thinking that satellites have only been invented just lately, then you are definitely wrong. It was during the 19th century when satellites have been introduced throughout the world. In other words, satellites have been invented by the scientists several years ago.

And as time goes by, the satellites have become more high tech and enhanced to perform several more tasks that can be very helpful in the scientific studies of the experts regarding the outer space, and even in the different kinds of communications happening in the entire world. Just in case you do not know, there are different kinds of satellites that existed all throughout the years. In relation to this, here are the 10 interesting facts about satellites that you should keep in mind at all times: 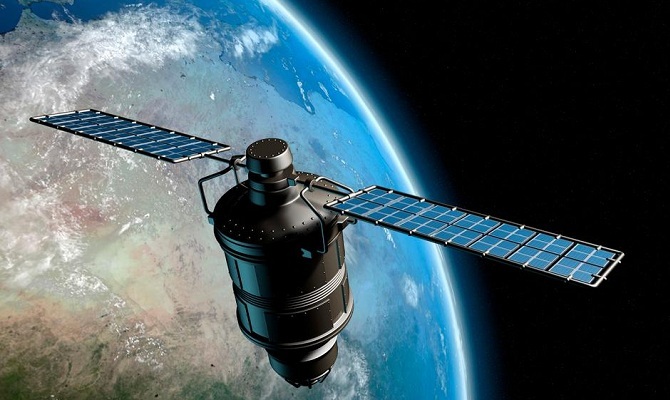 10. Satellite would not exist without the excellent idea of Konstantin Tsiolkovsky.

He wrote an academic paper “Means of Reaction Devices” way back in the year 1903, and this was where he proposed the idea of making a satellite.

For sure, you are one of those people out there who are constantly asking how many satellites there is on Earth. Well, experts said that the Earth’s orbit is occupied by more than 2,500 satellites and these are extremely helpful in studying the outer space and even the Earth itself.

8. The very first satellite created and sent to the Earth’s orbit was the Sputnik 1.

The Soviet Union was the one that launched it way back on October 4, 1957. It had a very small size though, which was like a football. As it was floating on the Earth’s orbit, the Sputnik 1 was giving sound of “beep beep”, and it continued to be like that for 21 days only.

7. Satellites are not only used for studying the outer space.

They can also be the means of strong defense of the Earth. Apart from that, they are also very helpful in studying the humanitarian, the entertainment, the economic, and the environmental sectors of the Earth.

6. In every hour, satellites are capable enough of traveling 18,000 miles.

It just means that with a single day, satellites will be able to travel 14 times to the entire Earth’s circumference.

5. Laika was the very first living thing that rode in a satellite towards the outer space.

Laika was actually a dog. Laika rode the Sputnik 2, which was the second artificial satellite launched by the Soviet Union way back on November 1957.

4. The second satellite launched by the other country, which was the United States of America, was the Explorer 1.

It all happened way back on January 31, 1958. It was 3 months right after the launching of the Soviet Union’s satellite.

3. The very first satellite that was capable of direct relaying of communication was the Telstar 1.

2. Syncom 2 was the very first communication satellite within the geostationary orbit.

The launching of this particular communication satellite all happened way back on August 19, 1964. It was through the Syncom 2 that the very first Olympic live television coverage became successful. The Olympic Games at that time was held in the city of Tokyo in the beautiful and progressive country of Japan.

Arthur C. Clarke was a very popular English fiction writer during his time, and most of his writings had something to do with science. It was in the year 1945 when his concept about a communication satellite was published in the British magazine, Wireless World.

These are the 10 interesting facts about satellites that you should know. Without a doubt, the satellites have been very helpful to the lives of the people in the past years and even up to these days.