There are many temples in the country like India, which is known for its culture and spirituality. In some of the temples there are histories behind them which are very interesting to know. There are faiths with these temples attached of their followers and many beliefs about them. From these one such temple is the Mahabodhi Temple situated at Bodh Gaya in Bihar. It was constructed around 250 BCE by the emperor Ashoka. This is the sacred place for Buddhist. At this place, great Budha had reached enlightenment while he was doing meditation under the Fig Tree. It was also included as a UNESCO world heritage site in 2002.

Several stories related to this temple and with the Lord Gautam Buddha are being told since ages. Some of them are written below 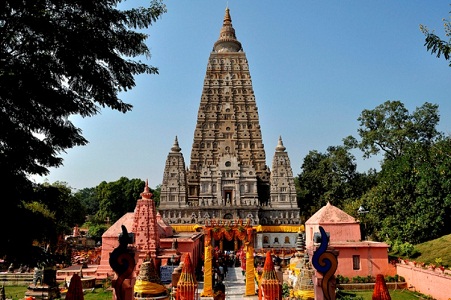 1. In Hindu religion the Lord Buddha is being said that he was the 9th embodiment of Lord Vishnu. Some of the great leaders of Hindus like Tulsidas, Kshemandra, Jayadeva and Adi Shankar Acharya have given the honor to the Lord Buddha for their works.

2. The construction of the temple Emperor Ashoka was a short tempered person. He was also known by the name Ashoka the Fierce or Chandaashoka. During the Kalinga war there was mass death taking place around 261 BC, which hearted his soul and changed him completely. He became the follower of Buddhism and became Dharma Mahapatro. He propagates the religion all over the world and sends his son and daughter to Sri Lanka for propagating the religion.

3. When the construction of the temple was done, a dilemma was there that where to build the right statue. A man came and said that he can do this work perfectly. He asked for the scented clay with a lamp which needs to be placed inside the temple and to clock the door for 6 months. Everything was done as per his wish, but the curiosity of the people raised and they open the door 4 days before 6 months got over. After opening they found a beautiful statue with perfection. The only thing which is left is the small unfinished portion of the breast. The person who was sleeping inside that said that he dreamt of Lord Maitreya who said that the Lord will build the statue.

6. In the Jataka tales which are popular tales that around 2500 years ago, the Lord Buddha came here for the first time. The huge Fig Tree is covered all around with the Mandala which was made up of silver white color sandy ridge. All around the tree there were grassy woodland and creepers which seems that they are showing respect to their lord. A river named as, Niranjana flowed need the area having the coolest and glassy water in it. When the Lord Buddha was facing the river, a lovely vision opened through a channel of Sala trees. Lord Buddha never visited the site again, but said that it was one of the four places which is worth to visit for inspiration. The other three sites which Lord Gautam Buddha considered to have inspirations are Sarnath, Kushinagar and Lumbini.

7. At a time when there is no growth of the Bodhi Tree, the life of the plant ceases to exist around that area. No life of any plant grows around, not even the grass grows in that area.

8. On 7th July 2013 the temple was bombed by Islamist Jihadi Indian Mujaheedeen group so that to take the revenge of the Muslim killing done in Burma. Around 5:15 am, a very low intensity bomb exploded and only 5 people got the injury.

9. The seat which is under the Tree Bodhi known as Bodhimanda is where the Lord Buddha had reached enlightenment. It is a belief that when there is an end of this earth, the seat would be the one that disappear at last and when it was again formed then this seat will appear the foremost on the earth.

10. The tree is considered to be sacred and many devotees and monks do the prostration over there anytime. This is being considered that it will purify them by doing this. Some of the followers do this for around one lakh times regularly to stretch at a time. 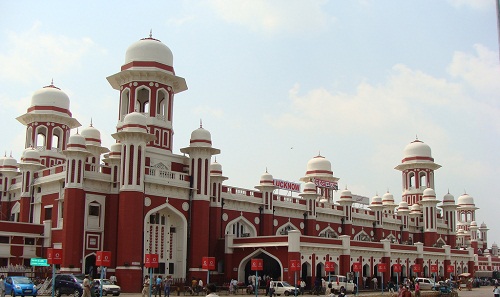