When nobody can help us, we turn to authorities; we rely onto the men in uniform – the police forces. Police forces are designed to protect people, people of laws and those civilians. As long as humanity exists, we need them. They help cruelty and corruption vanished. They uphold the security of the nation and they make sure that people of it are in compliance with the governmental laws.

Most importantly, police forces bring up justice. Their duty is to provide excellent community service and protection whatever your status in life is. So, to serve better, police forces are strictly being trained.

Dutch police are known for their strategically placed and positioned units. Each unit has officers that are deployed and expected to be on standby in order to conduct day to day duties. Dutch police forces are specifically designed to work in any type of situations and they are always working as a team aiming for one and same goal.

The Royal Canadian Mounted Police are highly trained and disciplined. They were not experiencing war driven situations like the other countries may be but they are well-prepared for any unpredictable situations that may happen. Canadian police forces have the privilege to get educational training and field training as well.

The MET or the Metropolitan Police Service is responsible for law enforcement in entire London. These police forces have a very good track record against criminals. In order to provide excellent services, MET obtained numerous different vehicles such as armored multi-role vehicles, area cars, traffic units and more.

The AFP or the Australian Federal Police perform a job that involves implementing the criminal law in Australia and protect national interest in the country as well as other places outside of it. The police forces are very active in playing their role effectively in order to maintain peace.

The police department contains about 51,000 employees and is considered to be the largest municipal police force in the United States. The police force is responsible to protect over 8 million people in the country. Their implementation truly decreases violent crime and improved life quality.

The China’s police force consists of the internal security force and various police forces as well as the border public security, firefighting and security guard forces. The PAPF perform fundamental task of safeguarding national security and ensure that all people can live and work in peace. They maintain social stability and they eliminate criminals in the Chinese society.

The GSG 9 is one of the most professional and famous police force worldwide. Everyone needs to undergo rigorous training before being claimed as one of the forces to make sure everyone is really skilled enough for light and tough operations.

Iceland is the most peaceful country in the world. This is because Iceland police perform very well in securing peace throughout the country. They only carry batons and pepper spray while on duty but they are still allowed to use firearms in some situations. 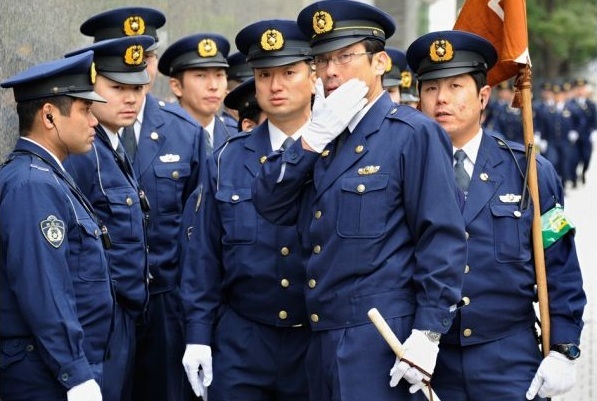 The Police forces of Japan are very much well-trained and they had been practiced to use martial arts aside from their skills in firearms. The police of Japan is one of the most known and recognized forces due to their stringency in the discipline.