Oil is one of the most natural resources and countries which have rich deposits of oil are among the most prosperous ones in the world. It is so because the industrial development has caused a great boom in the demand of oil in both commercial and household sectors. Crude oil deposits are a great asset for any economy, as crude oil is used to extract a variety of products such as petroleum, gasoline, machine lubricants, etc.

Listed below are the top 10 crude oil producers in the world:

On number 2 in the list of top 10 oil producers in the world is Saudi Arabia, which accounts for almost one fifth of the oil reserves of the world. It owns the Gawahar Field, which is the biggest oil field in the world, in addition to 100 more of them. It has been estimated that the country has produced 267 billion barrels of oil in just a few years. The country aims to bring stability in supply and prices of oil worldwide.

Featuring next on the list of top 10 crude oil producing countries in the world is Iran, whose oil production accounted for nearly 5% of the world production with 3.9 million barrels a day. Crude oil acts as the chief source of foreign currency for this country, besides helping it play a key role in world oil management. It is also one of the major exporters of crude oil, exporting 1.5 million barrels a day.

Featuring next on this list is China, which has a 4.7 share in the world crude oil production. Besides being a main producer of crude oil, the country is also one of the biggest consumers of this commodity, just like USA. Surprisingly, this country was a major importer of crude oil till the 1950s, when it discovered huge reserves in its north eastern region.

Canada comes on no 6 in the list, with its huge oil reserves in Alberta. The crude oil production capacity of Canada has reached a maximum of 283,000 cubic meters per day, most of it being exported to USA. A sudden boom in oil discovery was seen here in 2005, when more than 25000 oil wells were created here, with an average of 100 new wells being drilled daily in Alberta alone.

The next name on the list of leading crude oil producers in the world is that of Mexico, which produces as much as 3.25 million barrels on a daily basis. Crude oil industry is one of the major industries in Mexico, which claims a 3.56% share in the total world production.

Currently, Venezuela is holding the eighth position among top crude oil producers, with nearly 99.4 billion barrels being extracted annually. Also, it is expected that there can be a phenomenal increase in its production capacity in coming years. It is also one of the major exporters of oil to USA.

The seven states which constitute the UAE come next on this list. The growth of crude oil sector has taken UAE on the road to economic development, in addition to high standard of living and more employment opportunities.

Another major crude oil producing company is Kuwait, whose daily production of crude oil crosses the figure of 2797 thousand barrels. The country has proven crude oil reserves of 104 billion barrels, making it the sixth largest in terms of oil reserves. Burgan Field is the chief oil field in the country and the second largest in the world.

All these countries play an instrumental role in the oil management around the world, having a key influence on oil supply as well as prices. 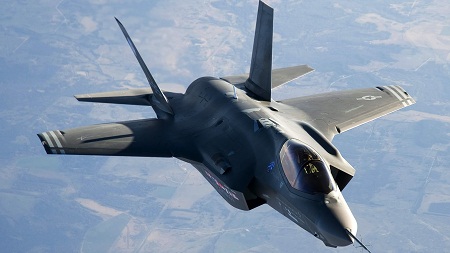