It’s a difficult and debatable task to choose the top orchestras in the world. Among the factors considered are concert performances, recording output, contributions made to both local and national communities, and the ability of their music to maintain its iconic status despite the emerging popularity of mainstream music.

With the help of the classical music magazine, Gramophone, we have narrowed down the top ten most famous orchestras worldwide.

The Budapest Festival Orchestra celebrated its 25th anniversary last year. The group’s founder, Ivan Fischer, and the many talented musicians within the group create beautiful and passionate music. This orchestra was founded in 1983, but despite its young age, has become a leading world orchestra. Iván Fischer set out to create an orchestra that would influence and enliven the musical life and culture of Hungary – and he was successful!

Acclaimed as the Concertgebouw and Vienna Philharmonic in one, the Cleveland Orchestra is said to be America’s European orchestra. They have been touring the U.S. and abroad forming long term relationships with several other leading orchestras. You can expect a refined tone, with perfect intonation, and astonishing warmth at their performances. With their leader Franz Welser-Möst’s ongoing reinvention and inspiring interpretations of popular classical music, the Cleveland Orchestra has rightfully earned a place within this list.

Coming in at number eight on the list is the Chicago Symphony Orchestra. Known as one of the U.S.’s “Big 5” orchestras, they are famous for their gleaming brass sound. Founded in 1891, the Chicago Symphony Orchestra performs well over one hundred concerts each year with the help of the best conductors and guest artists on the international music scene.

The Los Angeles Philharmonic was founded in 1919 and currently resides in the Walt Disney Concert Hall. Their ability to remold and remodel their performances at the whim of the conductor, gives this orchestra a unique advantage. This orchestra is known for how beautifully they play both classical and contemporary music.

The Dresden Staatskapelle has been performing for over 450 years. The orchestra has a rich and varied history, as well as a beautiful concert hall. This orchestra is popular for having its own distinct sound which makes it easily recognizable.

The London Symphony Orchestra was founded in 1904 and has become one of the world’s most well-known orchestras. The LSO had extensive involvement in original film scores like Star Wars, Raiders of the Lost Ark, Harry Potter, Braveheart, and The Queen. Besides their film score experiences, this orchestra is known for its impressive work ethic, animated style and excellent precision.

The Vienna Philharmonic is a very popular orchestra with waiting lists for its weekday and weekend subscriptions as long as six to thirteen years long. With one of the world’s best concert halls, and an arduous audition process for its musicians, it’s easy to understand why it is so well liked and highly regarded.

Founded in 1882, this orchestra has a very distinct sound. It’s no surprise to see the Berlin Philharmonic ranked second, especially since the orchestra has won a handful of BRIT Awards, Grammys, Gramophone Awards, and more.

Starting in 1888, the Royal Concertgebouw has been performing classical music for over 120 years. With a collection of nearly a thousand recordings, it’s easy to see why this orchestra takes its position at the top. As the number one ranked orchestra, they have the uncanny ability to bring any listener to a special place every time they play their music.

People may experience a plethora of emotions while listening to music. Classical music in particular has many health benefits, including stress reduction and mood elevation. Regardless of your taste in music, it is undeniable that the top ten orchestras listed above have influenced listeners’ spirits, bodies and minds. 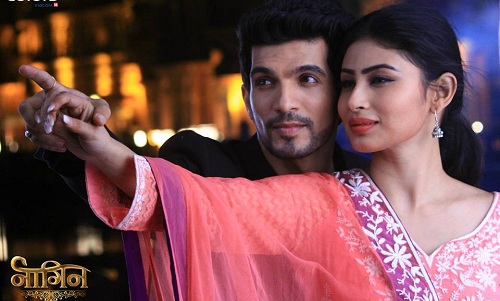