Shruti Haasan is an actress who has made a name for herself in Bollywood as well as South Indian industry. Being the daughter of superstar Kamal Haasan and ace actress Sarika, Shruti has got acting skills in her legacy. She is also a melodious singer and is acclaimed for her beauty and grace.

Here is a list of top 10 best movies of Shruti Haasan: 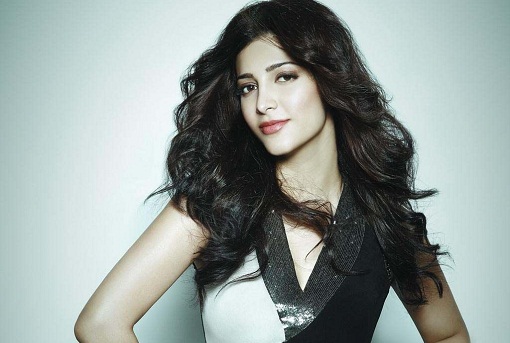 Shruti Haasan proved her talent as an actress in the Madhur Bhandarkar Hindi movie “Dil to Bachcha Hai Ji”. The 2011 romantic comedy had her share the screen space with Ajay Devgan, Emraan Hashmi, Omi Vaidya, Shazahn Padamsee and Shraddha Das, but Shruti still made her presence felt with her great acting.

The 2009 Hindi movie “Luck” marked the Hindi debut of Shruti Haasan and proved that she held the promise to emerge as a competent actress of the future. The star cast of the movie included big names like Mithun Chakraborty, Imraan Khan and Sanjay Dutt.

One of the milestones in the career of Shruti Haasan is the Hindi movie called “D-Day”, a 2013 release based on the story of the underworld. The movie had a big star cast including Rishi Kapoor, Arjun Rampal, Irrfan Khan and Huma Qureshi, but Shruti proved herself with her outstanding performance.

“7th Sense” is a Tamil science fiction movie, which hit the silver screen in 2009. The movie marked the Tamil debut of Shruti Haasan and had her paired opposite Suriya. It was directed by ace director A R Murugadoss.

The 2011 Telugu musical release, “Oh My Friend” features anotehr extraordinary performance by Shruti Haasan. It had a young and fresh star cast including Siddharth, Shruti Haasan, Hansika Motwani and Navdeep and was the directorial debut of Venu Sriram.

“Balupu” is the 2013 Telugu release, which had Ravi Teja, Shruti Haasan and Anjali as the main star cast. The action comedy, directed by Gopichand Malineni, made it big on the domestic as well as overseas box office and was declared a super hit.

“Yevadu” is the Telugu action movie which released in 2014. It had Shruti Haasan as the female lead and Ram Charan Teja was the male lead. The movie reinforced Shruti’s caliber as an actress.

Featuring next on the list of top 10 best movies of Shruti Haasan is “Anaganaga O Dheerudu”, which also was her debut in the Telugu film industry. the big budget movie had Siddharth playing the male lead.

The 2012 gangster movie called “Gabbar Singh” is regarded as one of the best performances of Shruti Haasan. The movie had her paired with the star power actor Pawan Kalyan and she has done a brilliant job in the movie.

Shruti Haasan won a huge appreciation for the 2014 release called “Race Gurram”. Shruti was paired with Allu Arjun in the movie and was acclaimed with Filmfare Best Actress Award for it. The Telugu movie became the highest grosser of 2014.

All these movies have proved that Shruti Haasan is an actress in hetr own right and not the shadow of her parents.