Kajal Agarwal is a leadi9ng actress in the South Indian film industry. Besides acting in a large number of hits down south, Kajal has also been a part of some prestigious Bollywood movies, with some big names as her lead actors.

Here is a list of top 10 best movies of Kajal Agarwal: 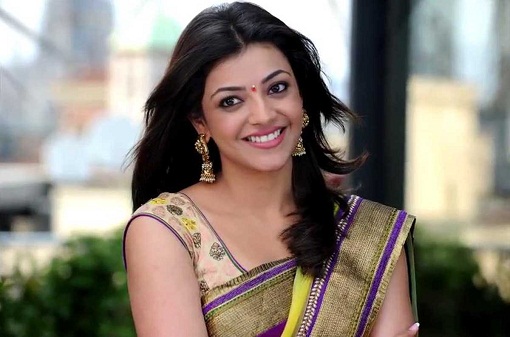 One of the most acclaimed performances of Kajal Agarwal came in the 2011 romantic comedy called “Mr Perfect”. The Tollywood movie had Prabhas and Taapsee Pannu sharing the screen space with Kajal and has been directed by Dasaradh Kondapalli.

The next name on the list of top 10 best movies of Kajal Agarwal is that of the Bollywood hit called “Special 26”, which had a big star cast including Akshay Kumar, Anupam Kher, Jimmy Shergill and Manoj Bajpai. The thriller film was directed by Neeraj Panday and released in 2013.

“Baadshah” is a Tamil film which hit the silver screens in 2013. It had Kajal Agarwal along with Junior NTR in the lead roles and was their second film together. It was directed by Srinu Vaitla.

The Telugu movie called “Businessman” comes next on the list. The 2012 crime thriller had Mahesh Babu paired opposite Kajal Agarwal and was dubbed into a number of languages including Hindi, as it became a massive hit.

Next among the top 10 movies of Kajal Agarwal is another Hindi movie called “Singham”, which came to theaters in 2011. The remake of Tamil hit by the same name, it starred Ajay Devgan as the male lead and was directed by Rohit Shetty.

“Brindavanam” is a Telugu movie released in 2010, in which Kajal Agarwal co starred with NTR Jr and Samantha. The film was not only a huge commercial success but also earned critical acclaim for Kajal Agarwal due to her outstanding performance.

Featuring next in the list of top 10 best movies of Kajal Agarwal is “Arya 2”, the 2009 Telugu romantic hit, which starred Kajal Agarwal, Allu Arjun, Navdeep and Shraddha Das in the lead roles. The film was a success and was dubbed in Tamil, Oriya and Malayalam.

“Magadheera” is another of Kajal Agarwal’s acclaimed movies, in which she was paired opposite Ram Charan Teja. It had Dev Gill and Srihari playing supportive roles. The 2009 release was a historical drama and was directed by S S Rajamouli.

The next name on this list is that of “Darling”, the 2010 Telugu film which had Prabhas and Kajal Agarwal as lead artists. It was a huge commercial success and was later dubbed in Hindi language and released as “Sabse Badhkar Hum”.

“Thupakki”, an action thriller Telugu movie which released in 2012 is considered as one of the best of Kajal Agarwal till date. Directed by ace film maker A R Murugadoss, the movie had Kajal paired opposite Vijay and was a huge success. It was later remade in Hindi as Akshay Kumar starrer “Holiday: A Soldier is Never Off Duty”.

All these movies have played a key role in establishing Kajal Agarwal as a reputed actress down South.