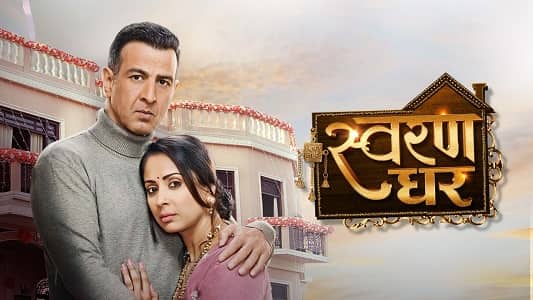 Their lives revolve around the amount of love they have for each other! “Swaran Ghar,” which they refer to as “fourth kid,” is of utmost importance in their lives. The difference between Swaran and Kanwaljeet is that Kanwaljeet is realistic about life’s challenges and sees the great difficulty that lies ahead of their family: their children straying away from them.

When Swaran has to cope with the grief of her spouse, she loses all she had worked so hard for. The episode opens with a tearful Swaran clutching a portrait of her late husband Kanwaljeet while he burns in the background.

The story then flashes back to reveal the incredible love and care that Swaran and Kanwaljeet pour on each other in their happy life together. Nakul, Yug, and Vikram, the couple’s three children, have received all of their parents’ affection.

The situation of Kanwaljeet & Swaran, on the other hand, is a complete surprise. Their boys, on the other hand, don’t have the same beliefs as their parents and are more concerned with making themselves feel at home in their materialistic lifestyle.

Kanwaljeet suffers a brain stroke but is brought to the hospital in the beginning of the story. In this moment, we see Swaran break down and mourn, realizing that she has been protected by her husband her entire life and has never learned how to live life on her own.

The fact that she can’t seem to recall the pin number for the ATM card is indeed a perfect illustration of the traditional Indian woman’s role as breadwinner and caregiver.

Emotions and realism are prevalent in this presentation, which is especially relevant given the current political climate. Even after raising their children, many aging parents are left to fend for themselves.

It is constantly contested whether or not kids should be respectful of their parents as they grow older because of the anguish, suffering and loneliness that parents experience without the love, support and warmth of their children.

The Swaran Ghar series will air on Colors TV every day at 8:30 p.m. IST from Monday through Friday.