Goa is considered as the fun capital of India because of its numerous destination places and destinations. Goa is the best place to spend the holiday times with the friends and families. It is located on the western cost of the Arabian Sea that gives the lavish and extravagant beauty to the Goa beach and make this site a worth visiting one. It is the richest state of India with the highest GDP per capita.

Here some of the interesting facts about Goa that the people might not know: 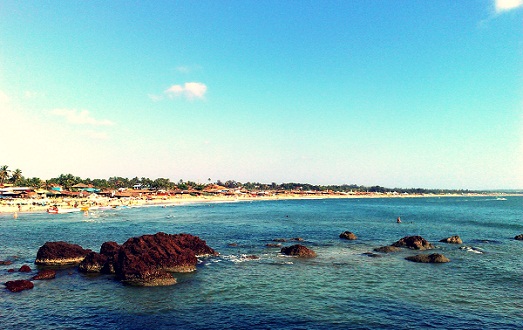 #1. Bars of Goa: The state of Goa has the astonishing number of bars. This is one of the interesting facts about Goa that the people might know. The number of the licensed bars in the Goa is about 7000 and that is the highest number of bars that any city of the Goa can have. All these 7000 bars are licensed to serve alcohols in the Goa.

#3. Highest Mineral Exporter: Goa is the highest mineral exporter throughout the India. The export of the mineral ore in the state of Goa began with the start of the 16th The largest exported mineral ores in Goa are the magnesia, bauxite, limestone and clay with the maximum export of Laterite stone.

#4. Home to Non- Decomposing body of Francis Xavier: Another interesting fact about Goa is that it contains the miraculous body of the St. Francis Xavier. He was the saint who spread the gospel in the China. He was died in Macau in the year if 1553 and his body was brought to Goa. His non-decomposing body is enshrined in the glass case and placed in the Basilica of Bom Jesus church.

#8. The region of Beaches: Goa is the home to wide number of beaches. More than 30 beaches are located at different sites of the Goa. Some of many beaches in Goa include Baga beach, Aguada beach, Arambol beach, Palolem beach and many others.

#9. The region of Forests: Besides being the region of the beaches, Goa also contains the wide density of forests. Goa has the forests that cover more than 30 % of the Goa with exotic flora and fauna.