Rainfall is one of the many blessings that the living beings are bestowed with. Rains are highly important and very much beneficial and they are the base of our lives. In order to grow crops, fertile soil is very essential along with adequate rainfall. Rains are the much required resource of any country and even the national economy but yes excess of it is bad too. But then there are certain countries where it doesn’t rain at all.  It leads to droughts and famines. The people are stranded and they die of starvation and hunger.

As per the latest research done by NASA it is seen that the world is going to run out of water very soon. There are countries where it doesn’t rain or when it rains, it is inadequate to make cultivation possible. Therefore the residents of these countries are in a sad state. Poverty is the first thing that hits the country which doesn’t produce food for its citizens. Other being the high inflation which only results in the decline of an economy.

Let’s check out top 10 countries in the world which receive the least rainfall annually.

Kuwait received 120 mm rainfall per year. The only rains happen here are due to the Occasional thunderstorms and that too in the spring time. Also rainfalls control the temperature of the place but Kuwait has the highest recorded temperature of 54.4 °C (129.9 °F) in the entire Asia. Therefore extremely scorching summers and no water. It was Kuwait who started detoxifying water for making it consumable for its residents.

Jordan receives 110 mm of rainfall annually. The climatic conditions vary from Mediterranean to arid. This country has abundant plants of over 2,300 species. Temperature range starts from 32 °C (90 °F) and can go up to 40 °C (104 °F) during the summery months of May to September. July and August are the hottest months. Some part of Western Jordan receives snowfall during winters as well.

At number 8, we have Mauritania with the annual rainfall of 92 mm. 70% of the land is covered with deserts. There are extreme variations in the temperature such as the temperatures range from 16 °C (60.8 °F) in the morning to over 49 °C (120.2 °F) by the noon. These diurnal deviations happen majorly in the months of May to July. On the whole it is a beautiful place and was discovered in the year 1965 during the space mission Gemini IV.

With 88 mm rainfall, Algeria stands at number 7. But the coastal areas receive a decent rainfall of up to 670 mm per year. This is the largest African country and the tenth largest in the world and is covered with mostly desert due to which very little rainfall is seen. The temperature in summer can go up to 43.3 °C (110 °F). The weather conditions are harshly hot and humid and very dry for the people to survive.

Dust storms are very prominent here from Saudi Arabia and Iraq. The northwesterly winds create havoc and the temperatures in the summer can go up to 50 °C (122 °F). This is not one such country where you can live as it is not that pleasant. About 2.5 % land is appropriate for cultivation and the remaining is majorly desert. The annual rainfall in Bahrain is about 83 mm per year.

The coastal area of United Arab Emirates receives less than 120 mm of rainfall per year but on the average, due to its location in the hot desert region the rainfall is up to 78 mm per year. The coastal region of UAE experiences violent storms of dust between the months of July and August. During these months the average temperature is above 45 °C (113 °F). The weather conditions are harsh and the humid weather makes it more uncomfortable.

The most rainfall Qatar gets is due to the unexpected and short downpours during the winter. With 73 mm rainfall annually, Qatar makes it to number 4 slot. This country has scorching summers and the maximum temperatures can go up to 40 °C (104 °F) and above. And of course you cannot forget the sandstorms. The countries with lowest rainfall cannot have the advantages of the countries with the higher rainfall enjoy.

Located in the midst of the Arabian Desert, it is surely no surprise that it makes it to the number 3 of our list of countries which receive the lowest rainfall. 58 mm of the rainfall is recorded annually. The temperature can rise up to 54 °C (129 °F) in a day. The Asir region of Saudi Arabia is the only part where 300 mm of rainfall is recorded and that is due to the monsoons of Indian Ocean. This place doesn’t have a desert type climate as well. The world’s largest desalination plant is located in the City of Ras Al-Khair.

With 55 mm of rainfall annually, Libya stands on number 2 of the countries with lowest rainfall. It doesn’t rain there for decades together. Few part of this country are enclosed by deserts and the northern part has Mediterranean climate. The Green Mountain zone – Jabal al Akhdar – is one place where the rainfall can go up to 600 mm but all the other areas only receive about 50-55 mm of rains. The temperature is hot during the day time and the weather is extremely rough. 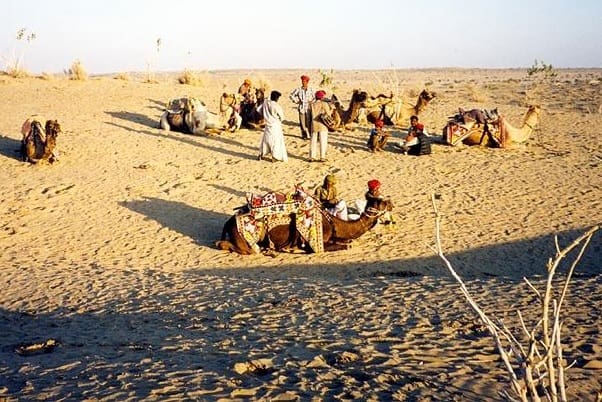 At number 1, we have Egypt that receives the lowest rainfall – 50 mm annually – in the entire world. Not only the Pyramids but Egypt is also known for its Nile River. It is something really great that their power and agricultural production is supported by Nile River which comes from the Mediterranean Sea. The location of Egypt is in the Sahara desert of Africa and with no rains, this country has no access to drinking water. The entire Egyptian civilization is dependent on the Nile River.

Countries with adequate rainfall not only have strong national economy but are also developing themselves in the food production sector. If these countries have to grow they need to find out ways to make water to live in the world. These countries are mostly located in Deserts therefore no rivers or dams are there. Well are being dug up and people travel long distances on their camels to fetch water. Without water the people of these countries will have a hard time surviving and also will not be able to compete in the world. The people die of thirst and hunger. The government of these countries need to find ways to help the citizens.