‘The city of Mughals and Nizams’ is the perfect anecdote to Hyderabad. Hyderabad is home to the historic architectural beauties and cultures. The richness of the city is depicted clearly in its heritage and foods.

It’s not just the city of Mughals and Nizams but also the city of pearl and diamond trade. Hyderabad is the de jure capital of Andhra Pradesh as of current. The city is harbored along the banks of Musi River and is spread out in approximately 650 sq. km.

Hyderabad has always captivated visitors and the natives alike. There’s something different to the feel of this culturally diverse city. It’s as if you sense yourself dancing to a different beat. The charm that it offers often makes people awe-struck. 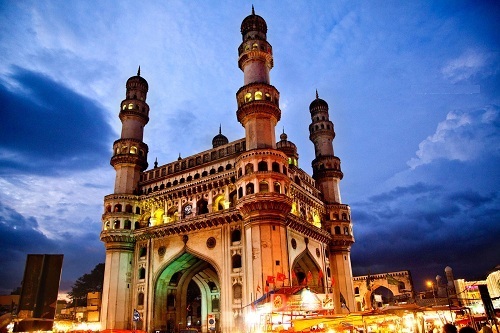 We’d look to captivate the richness of the city in 10 such facts in our post today. Read along for the never seen facts of Hyderabad, the Mughal city.

10) The beauty of Artificial lakes

Hyderabad is a place that needs to on everyone’s visit list. There’s no denying the fact that it offers a different beat to the ones we’re used to. And after all, who would love to spend their time in this heart enthralling ancient Mughal emperor’s city. Off we reach then to the end of our post. That’s all from us on the factfile of Hyderabad.