Globally, 1.9 million people die from diarrheal diseases. Though they are treatable and even preventable, it is the second largest killer disease of children under five years globally with approximately 760,000 children dying yearly. It is caused by poor sanitation and contaminated drinking water. The lack of access to sanitation costs the global economy over $260 billion yearly, which is more than Chile’s GDP.

COPD refers to the chronic disease of the lungs, such as bronchitis, asthma and emphysema. The primary causes are smoking, which in the long run, damages the lungs, inflaming and irritating them. Over 3 million people globally die from the disease. The symptoms include breathlessness, chest infections and persistent coughing. It costs the United States alone, $50 billion per year. According to the European Respiratory Society, COPD and other lung conditions are responsible for every 1 in 10 deaths in Europe.

At times referred to as Lower Respiratory Tract Infections (LRTIs), it includes tuberculosis, flu, and pneumonia. Globally, over 3.2 million people die annually from LRTIs with approximately 50,000 from the USA. According to Centers for Disease Control and prevention and World Health Organization, 95% of the TB deaths happen in middle and low income countries.

According to the National Stroke Association, it is estimated that, over 6.2 million people die from stroke. Stroke happens when blood supply to part of the brain is cut off. Signs that one is having a stroke includes; inability to speak, slurred speech, drooping on one side of the face,  and unable to lift arms up. It is the number one cause of disability in the UK and in the US, more than 130,000 people die annually from stroke related complications. Causes of stroke are poor diet, excessive alcohol consumption, obesity, lack of exercise, and age.

Every year, the disease claims over 7 million people globally. It is estimated that, between 1990 and 2020, the incidences of coronary heart disease and stroke will surpass 145%. In the US $108.9 billion is spent each year on health care and indirect economic costs like absence from work. The UK spends around $2 billion yearly for treating coronary heart disease.

Now that you know the top 10 diseases which are a threat to the human race, why not share the information with your friends on social media so that they too, can be enlightened? 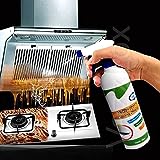